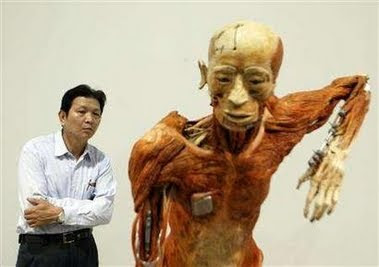 Tundra Tabloids contributor Al Avai offers the following observation concerning China’s black market for human organs. The Swedish tabloid Aftonbladet of course chose to skip the well documented organ harvesting by the Chinese state for a blood libel against the Jewish one. KGS

Al Avai: I heard this story on the BBC the other day, made me wonder if the Swedish papers (e.g., Aftonbladet) have given it any coverage. The numbers are startling — 65% of 10 000 annual organ transplants — or 6500 — are estimated to come from executed prisoners (Amnesty however estimates the number of executions at 1700/year). There is also a thriving black market in organs for transplant in China. _This_ is the real story, not the lie told by Aftonbladet.

The authorities have previously acknowledged that corneas, kidneys and other body parts from criminals have been transplanted. But the new figure offers a startling insight into the scale of the country’s reliance on death-row inmates, despite laws supposed to curb the use of their organs.

Officials hope the new scheme will tackle the thriving black market in body parts, and encourage voluntary donation, which remains far below demand. The state newspaper China Daily said that about one million people needed transplants each year – but only 1% received them.

“Transplants should not be a privilege for the rich,” said Huang Jiefu, vice-minister for health.
He said written consent was required from condemned prisoners but added that they were “definitely not a proper source for organ transplants”.

He told China Daily that some hospitals ignored the rules because of high profits. The newspaper said experts estimated that more than 65% of donors were criminals who had received the death penalty.

NOTE: “How interesting. Aftonbladet will run it on its cover provided that
there are some indications of China’s health minister being a rabbi.”