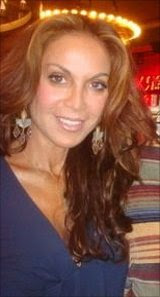 Pamela Geller: The Clarion Fund has responded to those of us in the blogosphere who exposed Zuhdi Jasser’s taqiyya and issued a press release in defense of using Zuhdi Jasser as their “most important teammate” and “most courageous person I have ever met”. Let me say this, Wafa Sultan is the most courageous person I have ever met, and Wafa Sultan is the only American living in hiding. Why is that? Because she speaks the truth about Islam and lives under constant death threat because of it. Wafa Sultan is the first American in decades to have to live in hiding. Why wasn’t she the spokesman of the film Third Jihad — or Ibn Warraq or Bat Ye’or, or any of the other scholars the Clarion Fund consulted with, used, and then dispatched in the spirit of a fatal political correctness?

The Clarion Fund took days to craft a nonsensical response to legitimate discourse on the wisdom of Zuhdi Jasser’s version of Islam. There is no such thing. Where are all the Jassers? How big is his group? Why was Jasser kicked out of his own mosque?

I attend rallies as a matter of course in what I do. At anti-Israel rallies (which tend to be very Jew hating), it is always leftists, Muslims, Jews, communists. When I attend pro-Israel rallies, there is never EVER a Muslim. What is that? Why is that? Where are the Muslims marching against violence against Jews, women, infidels, Christians? Where are the Muslims marching against honor killings and clitorectomies? Why didn’t Muslims take to the streets after Aasiya Hassan was beheaded by her “moderate” modern Muslim husband in Buffalo, NY? I would have. If such terrible abuse was sanctioned by Judaism and was committed in the name of Judaism, I would take to the streets every day.

Jasser’s Islam is warm and fuzzy and cute. But Islam is not. And The Clarion folks have not lived up to their name. They call Jasser a “devout” Muslim. The Taliban is devout, Osama Bin Laden is devout, Ahmadinejad is devout ………… you can not change the word of Quran, it is punishable by death (if you are a devout Muslim). Shariah law is devout, Jasser is not. According to the Quran, Jasser is a hypocrite, a renegade.

Clarion says that Jasser is the voice of reason in our cause of educating Americans about the threat of radical Islam. In this Jasser fails miserably. First off, there is no “reason” in Islam. There is only Islam. You cannot question, reason, or go off the reservation in any way. Hence, Jasser cannot educate about the threat because he obfuscates the truth.

Zuhdi Jasser made a last minute effort to quash Geert Wilders’ appearance on Capitol Hill under the aegis of Senator Kyl, calling Kyl’s office the morning of the day Wilders was supposed to appear and stating another Jasser LIE — that while Jasser had been in The Netherlands Wilders refused to meet with Jasser because Wilders quote “doesn’t meet with Muslims”. THAT NEVER HAPPENED.

The closing line — “He has dedicated his life to the cause of eradicating the radical Islamic forces that work tirelessly to co-opt the peaceful religion of Islam.” Shame on Peter Connors.

Here is the press release the TT received from the Clarion Fund:

When forging a brave new path, obstacles and distractions are to be expected.

That shared, we appreciate our friends in the blogosphere, and have come to value the contribution they are making in our tireless campaign to rally the American Muslim community against radical Islam. Sometimes, however, they jump to shortsighted and misinformed conclusions making even greater our challenge of bringing awareness to the clear, present and imminent crisis affecting the Muslim community and American public at-large.

There has been recent “noise” in the blogosphere about Clarion Fund’s relationship with devout Muslim Dr. M. Zuhdi Jasser, the narrator of our latest film The Third Jihad – Radical Islam’s Vision for America.

Please allow me to clear this issue up once and for all. The Clarion Fund treasures Dr. Jasser as our most important teammate, and a prescient voice of reason in our cause of educating Americans about the threat of radical Islam to our ideals and way of life. And with great stamina and shear will, he is creating a platform for other American Muslims to speak out and take action.

Not only is Dr. Jasser an expert and thought leader in our cause, he is by far the bravest and most courageous person I have ever met and a true American patriot. He has dedicated his life to the cause of eradicating the radical Islamic forces that work tirelessly to co-opt the peaceful religion of Islam. For that, he should be applauded, not discouraged and criticized. For the record, and please, let this be the last time this is discussed, Clarion Fund stands by the courageous force that is Dr. M. Zuhdi Jasser – 100%!

NOTE: Still no repsonse by the Clarion Fund to the Tundra Tabloids’ email.