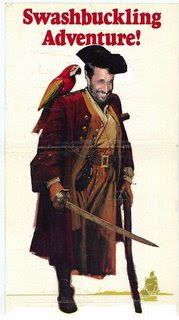 TEHRAN, Iran — Iran announced Monday that it has tested a new weapon capable of sinking ships nearly 200 miles away and reiterated threats to close a strategic waterway at the mouth of the Persian Gulf if attacked.

“Up to 40 percent of the world’s oil passes through the Strait of Hormuz, a narrow passage along Iran’s southern coast. Iran has warned it could shut down tanker traffic there if attacked — a move likely to send oil prices skyrocketing.

Iran issued the warnings two days after a deadline expired for its response to incentives from six world powers, offered in exchange for Iran promising to curb uranium enrichment. Later Monday, the U. S. State Department said the group — the five permanent members of the U. N. Security Council, plus Germany — agreed to pursue further sanctions against Iran because of its failure to meet the Saturday deadline.

Iran and the West are in a standoff over the country’s disputed nuclear program. The United Nations already has slapped Iran with three rounds of sanctions over its refusal to stop enriching uranium, which can generate material for a nuclear reactor or a bomb. Iran says its is pursuing a nuclear program only to generate electricity. Gen. Mohammad Ali Jafari, Revolutionary Guards commander, said Monday that the new marine weapon is “unique” and has a range of 186 miles. That’s within range of U. S. warships deployed in the Persian Gulf.

Last month, Iran tested missiles it claimed were capable of reaching 1,250 miles away, putting U. S military bases in the Middle East as well as Israel, Turkey, the Arabian peninsula, Afghanistan and Pakistan all within striking distance.”