Islam 101 demands it. Those who are sharia-compliant are more likely to be Jew-haters. Fact…

You also need to read the well-sourced book on the subject by Dr.Andrew Bostom. 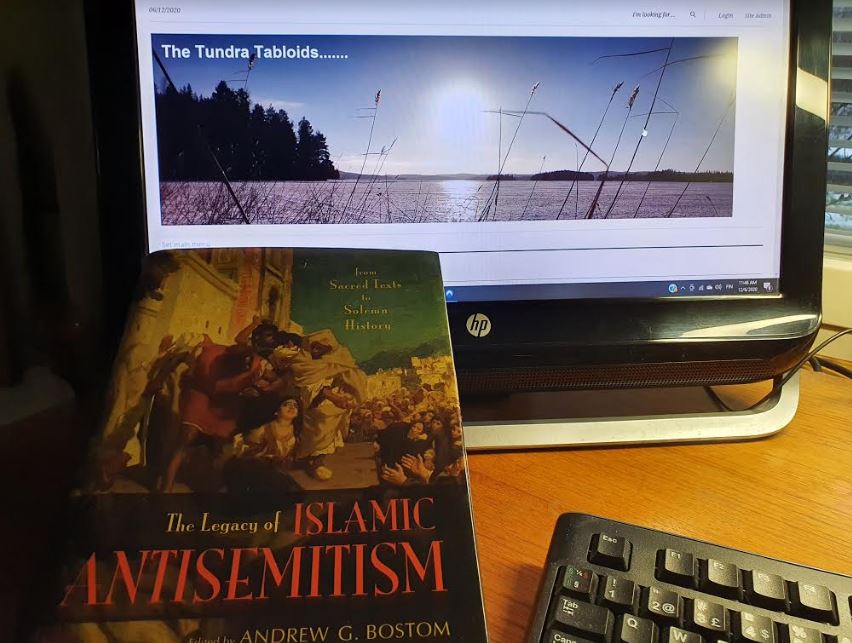 BY ROBERT SPENCER DEC 04, 2020 2:22 PM ET
After 1,400 years of jihad violence against Jews everywhere that Muslims and Jews have lived in proximity, the Orthodox Rabbi Ephraim Mirvis, who serves as Chief Rabbi of the United Hebrew Congregations of the British Commonwealth, says that he finds it “alarming” that so many Muslims in the United Kingdom are anti-Semitic. But given Islam’s texts, teachings and history, what else did he expect?

Rabbi Mirvis recently participated in an online debate about Israel’s normalization of relations with Bahrain and the United Arab Emirates (UAE), along with the UAE’s Minister for International Cooperation, Reem Ebrahim Al-Hashimy; former UN General Secretary Ban Ki-moon; and Britain’s former Middle East Minister Alistair Burt. In the course of the debate, Mirvis referred to a survey that found that 44 percent of Muslims in Britain believed in hateful and anti-Semitic conspiracy theories, and remarked: “This is an alarming rate, it’s nearly half of the Muslims in the UK. That underlines how crucially important engagement, dialogue and understanding is… There’s so much potential relating to Jewish-Muslim relations. I believe the Abraham Accords have unlocked certain doors for us.”

Yes, they have, but they have done so by laying aside the Islamic teachings that inculcate this deep hatred of Jews in all too many Muslims. If Rabbi Mirvis were to take the time to open the Qur’an, he would find that it depicts the Jews as inveterately evil and bent on destroying the well-being of the Muslims. They are the strongest of all people in enmity toward the Muslims (5:82); they fabricate things and falsely ascribe them to Allah (2:79; 3:75, 3:181); they claim that Allah’s power is limited (5:64); they love to listen to lies (5:41); they disobey Allah and never observe his commands (5:13). They are disputing and quarreling (2:247); hiding the truth and misleading people (3:78); staging rebellion against the prophets and rejecting their guidance (2:55); being hypocritical (2:14, 2:44); giving preference to their own interests over the teachings of Muhammad (2:87); wishing evil for people and trying to mislead them (2:109); feeling pain when others are happy or fortunate (3:120); being arrogant about their being Allah’s beloved people (5:18); devouring people’s wealth by subterfuge (4:161); slandering the true religion and being cursed by Allah (4:46); killing the prophets (2:61); being merciless and heartless (2:74); never keeping their promises or fulfilling their words (2:100); being unrestrained in committing sins (5:79); being cowardly (59:13-14); being miserly (4:53); being transformed into apes and pigs for breaking the Sabbath (2:63-65; 5:59-60; 7:166); and more. They are under Allah’s curse (9:30), and Muslims should wage war against them and subjugate them under Islamic hegemony (9:29).