Because remember, consensus is everything, no matter if it takes your country straight into the crapper…

President Sauli Niinistö said that he had heard polarising talk from government parties about “our demands” and “their proposals”. 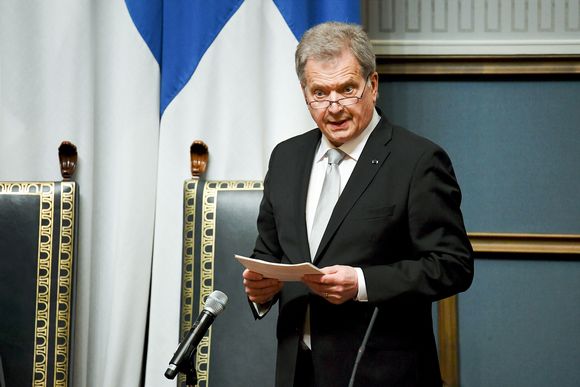 President Sauli Niinistö called on lawmakers to seek the common interest of the nation during an address to the formal opening of parliament on Thursday. He reminded MPs that during the past decade, the government has changed several times and that the “old normal” was for government policy to last four years.

“During this decade, we have already changed governments five times; on average, this is more than once every second year. The old normal was solid government policy shaped over a full four-year term,” he declared.

Niinistö urged the incoming government to stand behind joint decisions, rather than continue the divisive rhetoric of pre-election campaigning.

“It has been striking to hear, also outside the context of the health and social services reform, the Government Programme or a decision made by the Government being characterised as something that was ‘our demand’, whereas that was ‘proposed by them’,” Niinistö said as he addressed MPs on Thursday.

“It is equally striking when you hear a Government decision being described as ‘just the policy of this or that minister’,” he added.

The president stressed that he would continue to maintain contacts with parliamentary group chairs. As he had done in the past he also extended an invitation to party leaders to joint discussions on security, one of the focal points of Finland’s EU presidency which begins in July.

He urged EU member states to come together to identify areas of commonality rather than focus on internal squabbles within the bloc.

“The tectonic plates of geopolitics are shifting, and Europe is facing external pressures and temptations from different directions. We can only thwart them together, within the framework of a well-functioning European Union. Otherwise we run the risk of allowing Europe to fall apart into different spheres of interest,” Niinistö said.

He noted that Finland and the rest of the EU will go to the polls in about one month to elect Europarliamentarians. He called for an improved voter turnout, saying that it would be a fitting start to Finland’s EU presidency.