Enough with this nonsense…

Manipulating school children has long been a socialist/statist tactic in turning a society against itself.

Delingpole: Brainwashed Schoolkids Have Nothing Useful to Tell Us about Climate Change 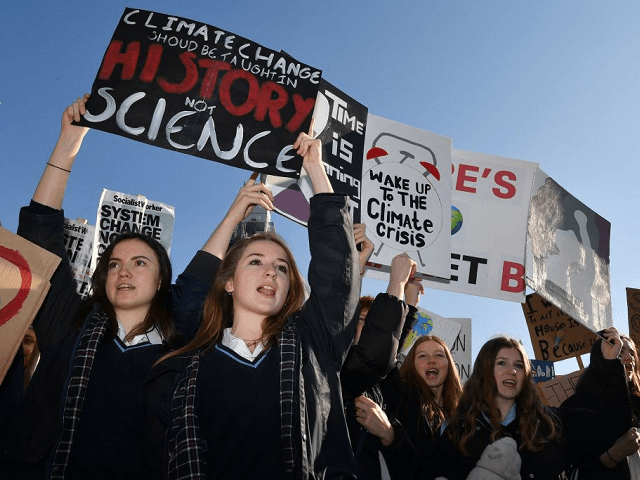 Across Britain brainwashed kids are bunking off school today, because climate change.

Naturally, CNN is right behind them. This is what we learned from a hard-hitting interview conducted by Christiane Amanpour;

From 16-year old Dorothy from the Wizard of Oz lookalike Greta Thunberg:

“We children we understand this in a way that adults don’t.”

“My head teacher was very supportive and she said actually after thinking about it she does think this cause is really relevant to my generation.”

Aren’t teenage kids just amazing? They know so much and see things so much more clearly that it’s a wonder we don’t put them in charge of the world and let them make all our decisions for us.

The problem with this rose-tinted view, as promoted not just by Christiane Amanpour but by every other fatuous progressive loon in the world, is that it only seems to apply when it suits their agenda.

Notice how quickly they change their attitude in the case of teenagers like Shamima Begum, the unrepentant ISIS bride who just wants to come back to Britain so that she can live off the welfare of the evil kufar and rear little baby jihadists.

Begum ought to fit perfectly into the category of empowered teenagers we saw praised by that silly liberal newspaper columnist I quoted the other day:

It is clear that the slushy, drippy, apathetic “snowflakes” whom adults love to deride are more impressive, articulate and engaged than many MPs. They are also passionate about their causes rather than their future careers, unlike most of the cabinet.

Yes. What could be less “slush, drippy, apathetic” and snowflakey, or more “passionate” about a cause, then going out to a Syrian hellhole, pledging your allegiance to the black flag of ISIS and serially impregnating yourself with the semen of bearded killers rank with the blood of the Yazidis and Shias and Christians they’ve raped, crucified and beheaded?

Oddly, though, the liberal-left has been slow to praise Begum’s commitment and political activism. Instead what progressives everywhere are claiming is that Begum was too young – at 15: the same age as Greta Thunberg when she started her campaigning – to know what she was doing when she went out to Syria. That she was just an impressionable innocent who was ‘radicalised’ by dark outside forces.