Who knows exactly what the actual facts of the case are, this is a totalitarian regime. What we do know is that he was hung on charges of homosexuality… 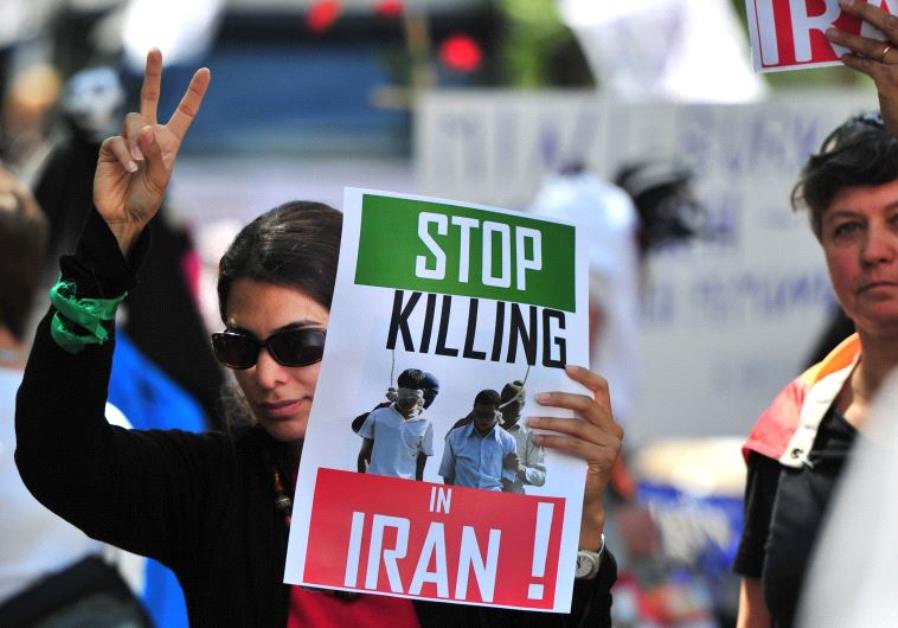 The Islamic Republic of Iran publicly hanged a 31-year-old Iranian man after he was found guilty of charges related to violations of Iran’s anti-gay laws, according to the state-controlled Iranian Students’ News Agency.

The unidentified man was hanged on January 10 in the southwestern city of Kazeroon based on criminal violations of “lavat-e be onf” – sexual intercourse between two men, as well as kidnapping charges, according to ISNA. Iran’s radical sharia law system proscribes the death penalty for gay sex.

“The LGBT community in Iran has lived in terror for the last 40 years,” said Alireza Nader, CEO of Washington, DC-based research and advocacy organization New Iran. “Next time Foreign Minister Zarif speaks in Washington, the host and audience should ask him why his regime is one of the top executioner of gays in the world.”

According to a 2008 British WikiLeaks dispatch, Iran’s mullah regime executed “between 4,000 and 6,000 gays and lesbians” since the Islamic Revolution in 1979.

“Iran is not only the most dangerous threat to Israel’s security, it is also a champion in the state murder of actual or perceived homosexuals,” said Volker Beck, a German Party Green Party politician and a lecturer at the Center for Studies in Religious Sciences (CERES) at the Ruhr University in Bochum. “It would be desirable for the federal government to make Iran’s human rights violations more of an issue.”