This @SecPompeo piece is somethin. “Modern-day Iran is, in Henry Kissinger’s term, a cause, not a nation. Its objectives are to spread the Islamic revolution..to destroy Israel, & to subjugate anyone who refuses to submit, starting w/ the Iranian people.”

The U.S.-Saudi Partnership Is Vital 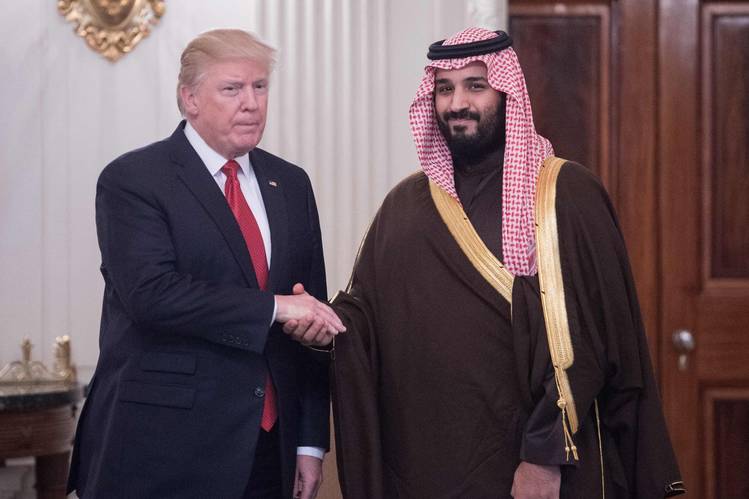 We don’t condone Jamal Khashoggi’s murder. But the kingdom is a powerful force for Mideast stability.

The Trump administration’s effort to rebuild the U.S.-Saudi Arabia partnership isn’t popular in the salons of Washington, where politicians of both parties have long used the kingdom’s human-rights record to call for the alliance’s downgrading. The October murder of Saudi national Jamal Khashoggi in Turkey has heightened the Capitol Hill caterwauling and media pile-on. But degrading U.S.-Saudi ties would be a grave mistake for the national security of the U.S. and its allies.

The kingdom is a powerful force for stability in the Middle East. Saudi Arabia is working to secure Iraq’s fragile democracy and keep Baghdad tethered to the West’s interests, not Tehran’s. Riyadh is helping manage the flood of refugees fleeing Syria’s civil war by working with host countries, cooperating closely with Egypt, and establishing stronger ties with Israel. Saudi Arabia has also contributed millions of dollars to the U.S.-led effort to fight Islamic State and other terrorist organizations. Saudi oil production and economic stability are keys to regional prosperity and global energy security.

Is it any coincidence that the people using the Khashoggi murder as a cudgel against President Trump’s Saudi Arabia policy are the same people who supported Barack Obama’s rapprochement with Iran—a regime that has killed thousands world-wide, including hundreds of Americans, and brutalizes its own people? Where was this echo chamber, where were these avatars of human rights, when Mr. Obama gave the mullahs pallets of cash to carry out their work as the world’s largest state sponsor of terrorism?

Saudi Arabia, like the U.S.—and unlike these critics—recognizes the immense threat the Islamic Republic of Iran poses to the world. Modern-day Iran is, in Henry Kissinger’s term, a cause, not a nation. Its objectives are to spread the Islamic revolution from Tehran to Damascus, to destroy Israel, and to subjugate anyone who refuses to submit, starting with the Iranian people. An emboldened Iran would spread even more death and destruction in the Middle East, spark a regional nuclear-arms race, threaten trade routes, and foment terrorism around the world.

One of Mohammed bin Salman’s first acts as Saudi crown prince was an effort to root out Iran’s destabilizing influence in Yemen, where the Tehran-backed Houthi rebels seized power in 2015. Tehran is establishing a Hezbollah-like entity on the Arabian Peninsula: a militant group with political power that can hold Saudi population centers hostage, as Hezbollah’s missiles in southern Lebanon threaten Israel. The Houthis have occupied Saudi territory, seized a major port, and, with Iranian help, improved their ballistic-missile targeting so that they can shoot at Riyadh’s international airport, through which tens of thousands of Americans travel. Meanwhile, Tehran has shown no genuine interest in a diplomatic solution to the Yemen conflict.