And Israel, like the US has to stay years in advance of other states in technology to keep their people safe… 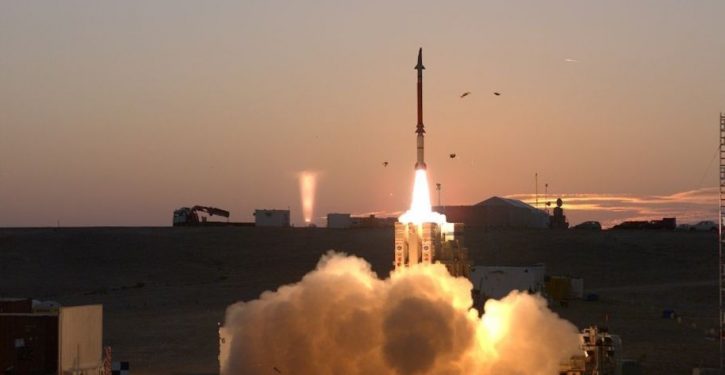 The David’s Sling interceptors did not hit the SS-21 projectiles.  However, the SS-21s reportedly landed in Syria, short of Israeli territory.  The closest one came within a kilometer of the border.

One of the David’s Sling missiles was command-detonated by the IDF when it was clear there would not be an intercept.  According to Times of Israel, the fate of the other interceptor has not yet been reported.

The Israeli missile commander made the decision to attempt the intercept based on the SS-21 trajectories, and the possibility that one or both could land in Israel.  A number of reports have indicated that the initial projection showed the SS-21 might go as far as the Sea of Galilee (Lake Kinneret).

The map below depicts where the fighting was in the ISIS pocket in Daraa Province on Monday 23 July.  Presumably, the SS-21s were launched to achieve impact somewhere in the ISIS-side rear of the line of confrontation (which is basically along the border of the ISIS pocket, give or take a few local penetrations by Syrian army forces).