Sauli Niinistö is a man of little principle and a blowhard…

Harsh you say? I’m holding back what I really want to say about him. Not only is he a suck-up to the Islamonazi regime in Tehran, he’s a duplicitous simpleton who one day attacks the US president while scoffing at the US, then a couple days later shaking hands and being ‘diplomatic’ with Trump as if what he did a few days earlier never happened. Screw this jerk.

Finland’s President Sauli Niinistö had a telephone conversation with US President Donald Trump on Monday, according to the office of the president. 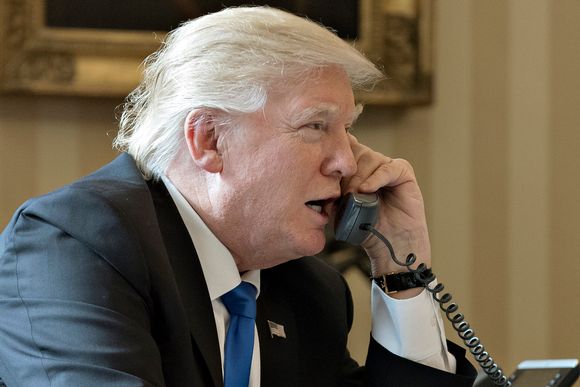 According to the office of the president, Niinistö and Trump discussed the state of international relations in general. The office said the discussion was held on Finland’s initiative.

The two heads of state also discussed issues concerning the Arctic region, the office said, noting that Finland is currently chair of the Arctic Council.

Niinistö also told Trump he hopes that the US President’s meetings this week with French President Emmanuel Macron and German Chancellor Angela Merkel are fruitful.

This week Macron began a three-day visit to Washington and will meet with Trump while Merkel is due to meet the US president on Friday. Macron and Trump are expected to discuss the Iran nuclear deal and trade relations, while Merkel is also said to be planning to discuss international trade.