I was hoping for him to head the State Dept. (it needs rooting out) but I’ll take this news with glee.

That Mr.Stache’s appointment will cause lots of angst for politicos, pundits and world leaders everywhere, causing them to curl up into the fetal position is going to be fun to watch. 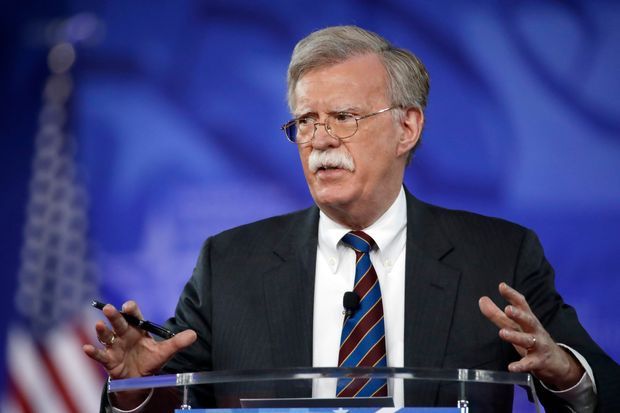 “I am pleased to announce that, effective 4/9/18, @AmbJohnBolton will be my new National Security Advisor,” Mr. Trump tweeted Thursday. “I am very thankful for the service of General H.R. McMaster who has done an outstanding job & will always remain my friend. There will be an official contact handover on 4/9.”

Mr. Bolton, the former U.S. ambassador to the United Nations under President George W. Bush, has openly discussed his interest in taking the national-security post in the Trump administration. He will be Mr. Trump’s third national security adviser in 14 months.

Mr. Bolton, who won’t need Senate confirmation to take the job, has been a controversial figure in Washington and has pressed the White House to take tougher positions on Iran and North Korea in editorials, television commentary and other conversations.

In a Fox News interview Thursday evening, even Mr. Bolton seemed taken aback by the news of his appointment. “I really didn’t expect the announcement this afternoon,” he said. “I think I still am a Fox News contributor,” he added, noting that he was “in limbo” until he takes over next month.