Not only are they NOT saying how many defected, but no indication as to what ‘racism’ they’re alluding to.

Who knows, perhaps there are a significant number defecting to their side, and there are factual accounts of racism, but you would think that making these claims would be immediately followed by actual numbers defecting and exact accounts of the ‘racism’ that they’re running into and away from. Call me cynical, but something about this story just doesn’t sit right with me. That YLE is banging the drum on this gives me more cause to doubt key elements of it.

A new local branch of the Blue Reform group has been founded in the eastern city of Imatra. One ex-Finns Party member says that the party’s racist tone is what drove him to switch to the other newly forming populist party. 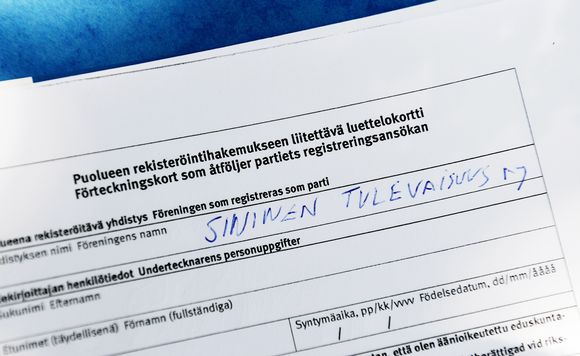 A large number of former members of the Finns Party in the Karelian city of Imatra have left their now-struggling party in favour of the breakaway Blue Reform association, which itself is actively gunning to become a fully-fledged political party.

The local, unofficial Imatra branch of Blue Reform handed in its founding papers some time previously, but news of the move came late Monday.

All of the local ex-members have switched to the branch, named Siniset ry (“The Blue Ones” association). The soon-to-be association is chaired by Petri Mutikainen and includes five full members and three deputy members.

Erkki Saarimäki, one of the new group’s members, says that many other Imatra Finns Party supporters have also jumped ship but are unwilling to announce their change in allegiance publically. Saarimäki adds that many more abdicators should be expected.

The new group announces that it is actively seeking new members.

Saarimäki, the de facto spokesman of Siniset ry, describes himself as anti-immigration and yet cites widespread racism within the Finns Party as the straw that broke the camel’s back and made him decide to leave.

“These few weeks after the party conference have made it clear to everyone who left: this is no longer the same party, which I joined more than a decade ago,” Saarimäki says.

Blue Reform delivered its boxes of member cards to the Ministry of Justice for registration on Monday.