It’s quite a big statement that they chose to, and carried out, a deportation of an entire family, as opposed to just a few afghan males… 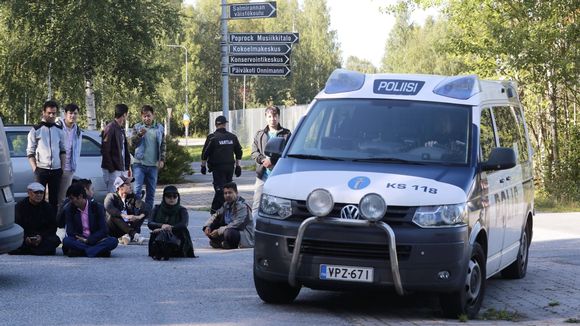 Dozens of demonstrators outside an asylum reception centre in Jyväskyä, in central Finland, attempted to prevent police from removing an Afghan family ordered to be deported on Monday afternoon. But several hours later after the arrival of several backup units, police announced that they had carried out the family’s removal from the centre at around 6 pm.

Police had originally planned to begin the deportation of an Afgan family at about noon on Monday when they were surrounded by a human chain of people who temporarily foiled their attempt to remove them.

Police had reportedly used pepper spray after being attacked by some demonstrators, according to police.

More officers outfitted in riot gear arrived to the scene at about 16:45 pm and in a tweet about a half-hour later, police reported that the reinforcements would enable them to carry out the deportation operation.

According to Detective Chief Inspector Jari Kinnunen a few dozen protestors had taken part in the incident.

“It was a few dozen protestors. The police are trying to solve the situation peacefully, by negotiating as long as required,” Kinnunen said at about 3 pm.

The family being deported – a father, mother and their eight month-old baby – are originally from Ghazni, Afghanistan.

Before leaving Afghanistan some two years ago the father worked as a taxi driver.

The father said that the family could not return to Afghanistan because they were Shia Muslims, saying that they faced persecution there.

“If we go back we’ll be killed,” the father told the newspaper Keskisuomalainen.

Roughly 80 percent of Afghanistan’s population – including the Taliban – are Sunni Muslims.

Edit 4.9.2017 19.45: The headline on this story originally read “Despite protests, police carry out deportation of Afghan family in Jyväskylä”