Being the ignorant and totally clueless, and predictable followers of whatever the EU/UN spews, Finnish consensus loving politicos fall into line in condemning President Trump. The jerks.

YLE is no different. Complete morons in charge of disseminating fake news.

Finnish leaders and experts have so far unanimously condemned US President Trump’s decision to withdraw the US from the Paris Agreement on fighting climate change. 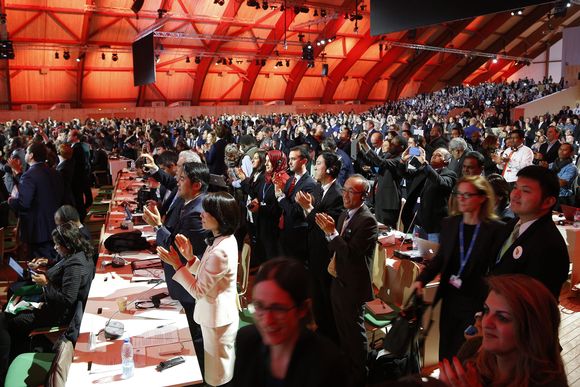 President Sauli Niinistö on Thursday morning tweeted a link to his May 5 blog post entitled “The Arctic dilemma – the economy or the environment?”, saying that “this has now become even more important”.

In the post, written as Finland took over the Chairmanship of the Arctic Council, Niinistö wrote of Trump that “climate protection is now becoming his Achilles heel,” and called on him to “at least go some way to acknowledging the unavoidable nature of climate protection – albeit through energy efficiency”.

Premier Juha Sipilä tweeted on Thursday evening, calling the move “truly sad news from the USA on the Paris Agreement. Now EU-Chinese cooperation on fending off climate change must be further strengthened”.

Fellow Centre Party politician Kimmo Tiilikainen, who serves as Minister of the Environment, Energy and Housing tweeted in English: “I am so sad on behalf of American friends who worked hard for the Paris Agreement. Finland and other ambitious will carry on” [sic]. In a separate Finnish-only tweet he said that “America has never been so small”.

Reached in St Petersburg by Yle on Friday morning, Tiilikainen repeated that comment and added that “of course [the US pullout] will weaken the effectiveness of the agreement. But it is probably true that the US has most of all shot itself in the foot under Trump’s leadership.”

Tiilikainen pointed out that it remains unclear what the eventual impact of the federal government’s abandonment of the pact will be, as many states and cities have affirmed that they intend to stick to the plan.

“The rest of the world must now show its claws” in response, he added.

Tiilikainen dismissed Trump’s talk of renegotiating the Paris Agreement as unrealistic, noting that the pact was the result of years or even decades of negotiations.

“What’s unusual here is that the leader is giving up the leadership position, which is now up for grabs,” observed Juhani Damski, head of the Finnish Meteorological Institute (FMI) on Yle TV1’s breakfast chat show Friday.

“We here in Europe should definitely be setting an example,” he said.

Markku Ollikainen, chair of the Finnish Climate Panel and professor of environmental economics at the University of Helsinki, agreed that the US retreat is a major setback but that it may lead to a closer partnership between Europe and China.

“This is possible, but I’d say it would require something from the EU,” said Ollikainen. “I hope the EU is ready to tighten its own emissions targets. You have to be ready to do something to take over world leadership.”

As it was, he says the emission targets by the US – the world’s second-biggest polluter – should be 15 percent higher than they are under the Paris pact.

Damski explains that under current climate scenarios, warming in the Nordic region will be twice as fast as the global average. Yet he argues that the most critical effect of climate change will be felt in growing numbers of refugees as Africa dries up.

“That is quite a threat to the entire planet,” he says.

Ollikainen pointed out that the US Department of Defense two years ago identified climate change as a significant national security “threat multiplier”.

“The mechanisms for that come from these negative effects in various parts of the world, the ensuing refugee crisis and other similar crises and terrorism associated with this,” he said. “When Trump talks about terrorism, he completely forgets that he is in fact advancing it by leaving the Paris Agreement.”