Erdogan has his thugs plying their trade wherever there are Turkish communities in Europe…….

Turkish Referendum Has Expats in Europe on Edge 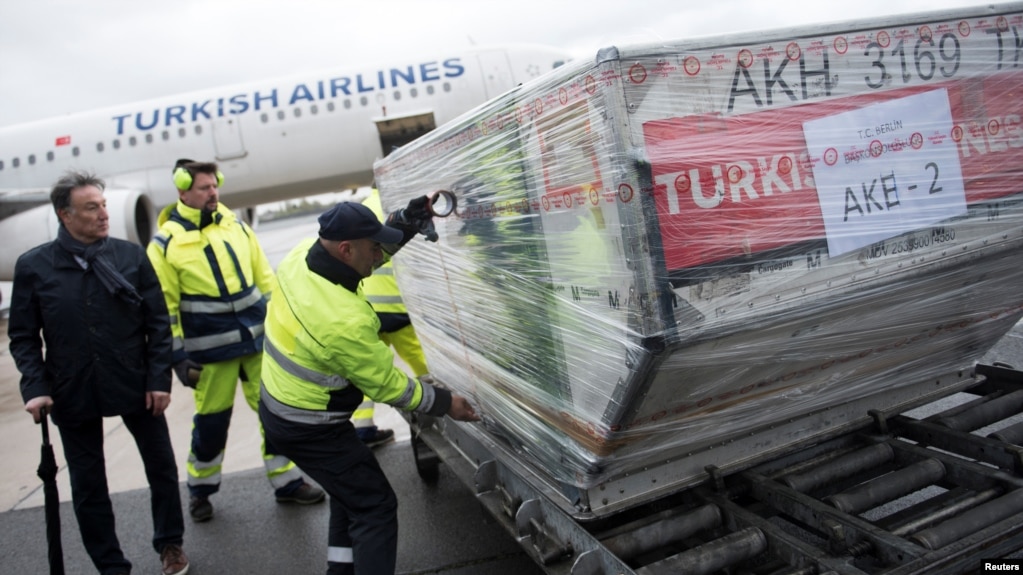 Officials load ballot boxes with votes from expatriates on the constitutional referendum from a truck onto a plane for shipment to Turkey at Tegel airport in Berlin, Germany, April 11, 2017.

Turkish expatriates in Europe are on edge ahead of Sunday’s referendum in their homeland, troubled by diplomatic tensions and wide-ranging threats against “no” vote campaigners.

A “yes” vote in the constitutional balloting would give President Recep Tayyip Erdogan broad new powers, which supporters argue are needed to carry forward his program to develop Turkey. But opponents argue he is trying to establish a modern dictatorship in which he could retain power until at least 2029.

Tensions over the contest, which has evenly split Turkey’s population, have spilled over to affect the millions of Turks living elsewhere in Europe. Many of them are eligible to vote and have already done so, with turnouts ranging from about 40 percent in Germany to roughly 60 percent in Belgium.