Pro-Damascus media outlets said a suicide attacker had detonated a car bomb and killed at least 22 people. Images posted by the outlets showed bodies lying next to charred buses with their windows blown out, and flaming vehicles belching out thick black smoke. 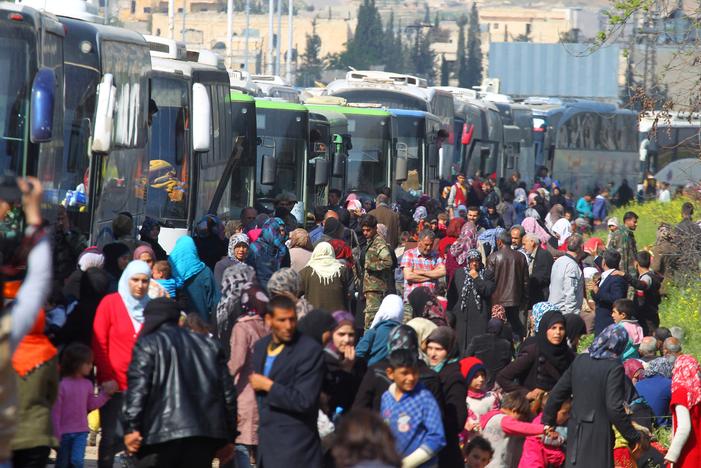 An explosion near a bus convoy waiting to enter the Syrian city of Aleppo killed or wounded several people on Saturday, pro-government media outlets, pro-opposition activists and a monitor reported.

A military media unit run by Damascus ally Hezbollah said a suicide attacker had detonated a car bomb near the convoy.

Pictures posted on state media showed what appeared to be the aftermath of the explosion, with bodies lying on the ground and fires belching out thick black plumes of smoke. Buses were blackened by the blast with their windows blown out.