Never had that kind of threat/problem before we started getting Muslims in greater numbers. That’s a fact.

Here’s a short vid I took a few years ago while travelling with relatives to Åland (Ahvenanmaa) of the ship we were about to board by car. Sadly this is going to take more time and money in the future due to Jihad.

Sea Captain worried about the safety of ships: “We no longer live in a safe world”

The Swedish ship’s captain would like for better security control for passenger ships. 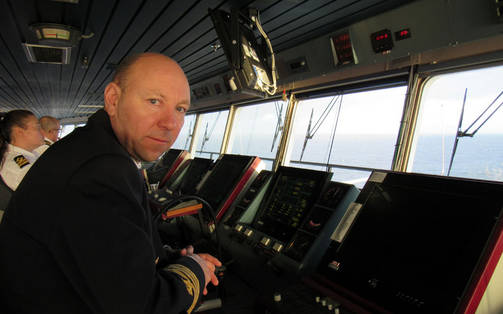 – Threats are approaching Finland, too, we no longer live in a safe world. Security checks have already been planned in the ports, but it takes time, because of the high cost, he says.

The most problematic in respect to security checks is the inspection of passenger cars, being the most time consuming thing for ferries. For example,  in hiding explosives and weapons in cars is easy.

– If all the cars be audited completely, the work should begin hours before departure of ships. It is impossible, and who would pay for all the work, Karell says.

According to him, the shipping company has started already developing a more rigorous screening activities and the new improvements in the safety of travel is coming soon.

– Big changes are being promised. Education is increasing and it is repeated at regular intervals. Security men for the ships will be around the clock, security cameras are everywhere. Ships, security personnel may also be soon carrying heavier weaponry, including protective shields, Karell says.

– New Year cruises are filled with quite a hullabaloo, and alcohol consumption is high. At that time the ship’s security capacity is possibly fully operational, says the captain.

NOTE: Gone are the days of showing up a half hr before the ship takes off and boarding by showing your drivers licence.