Though this is well known fact to the TT readership, this is an excellent breakthrough for the Left.

I couldn’t help though, but post a comment to the article that encapsulates my initial feeling after reading it. 🙂

To anyone who’s been paying attention, Machteld Zee offers no surprise. She only puts details in a well-known story. She reports the sharpness of the teeth of the wolf attacking Little Red Riding Hood.

We didn’t really need that information to understand Little Red’s peril, or what needs to be done. The wolf must be terminated.

Islam is merely Arabism decorated with religious flower-boxes. Islam is no more than the vehicle for a triumphalist Arab racist imperialism. That’s the whole ball of wax.

Arab women suffer the abuse of their men. But for this price they get the right to abuse everyone else.

All that said, it’s great to know that this is finally crossing over into the realm of the Left, it’s a truly watershed moment, especially for us who have been demonized for years for both criticizing Islam and warning about Islamization. Just ask Bat Ye’or. 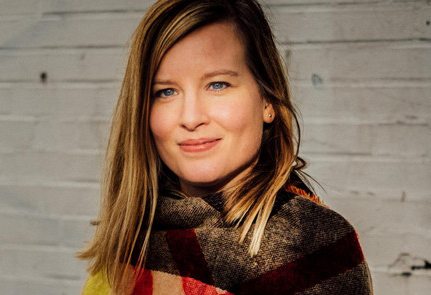 A young Dutch political scientist is causing consternation among the bien-pensants of the multicultural Left in the Netherlands with her analyses of Islamization. Her impeccable liberal background and credentials make it more difficult for the establishment to discredit her.

Dr. Van Helsing has translated an interview with this iconoclastic young woman. He includes this introductory note:

Machteld Zee Ph.D. is a Dutch scholar who investigated sharia courts in the UK for her Ph.D. thesis. This interview was published in the Algemeen Dagblad, a nationwide Dutch newspaper, on October 4, 2016.

The interview is relevant for several reasons:

The Islamization of Europe follows a strategy, according to Machteld Zee in her book Holy Identities, which was published today. ‘Once you have knowledge of it, you understand what is going on.’

‘I discovered a comprehensive system of law that contradicts our secular laws.’

Machteld Zee (32), a Dutch political scientist from the University of Leiden, studied sharia courts in the UK and wrote her Ph.D. thesis on it in 2015.

She was one of the few outsiders who gained access to the sessions of these Islamic courts. 95% of the cases before these courts are divorce cases. Her investigations resulted in a pamphlet, Holy Identities.

‘If you compare the Netherlands in the 1980s with today,’ says the political scientist and law school graduate Machteld Zee, ‘you will see an increased influence of Islam everywhere. Saudi Arabia and other countries flooded the world with thousands of imams, Islamic text books, mosques and tons of money.’

Machteld Zee needed barely 150 pages to describe the background of Islamic fundamentalism, which is gaining ground in Western countries. Her book Holy Identities: On the Road to a Sharia State is an analysis of the problems of the multicultural society.