The Kurds have been on the front line fighting both Islamic State Islamonazis and the Turkish Islamonazis….. 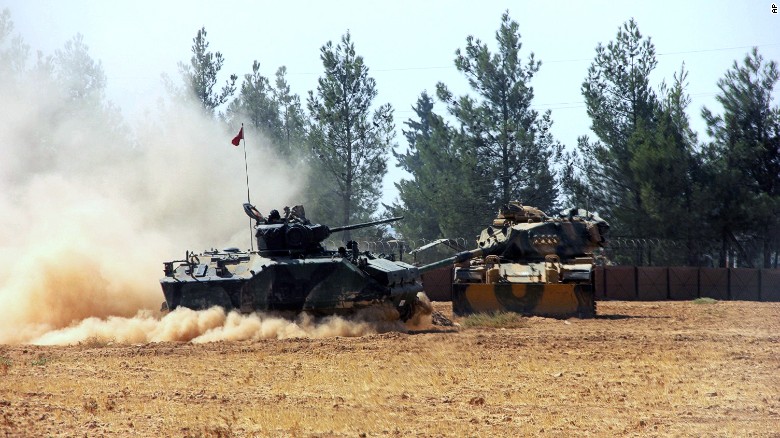 A Turkish army tank and an armored vehicle are in Karkamis, near the Syrian border, on Tuesday.

On Tuesday, two mortar bombs struck a residential area in Karkamis, a Turkish town about a mile across the border from the ISIS-held Syrian city of Jarablus, Turkey’s state-run Anadolu news agency reported.
Karkamis is in Gaziantep province, whose capital was struck by a devastating bomb attack on a wedding Saturday night and was blamed on ISIS.
Later, three rockets were fired from Syria into Kilis, another Turkish border town about 90 kilometers (56 miles) to the west, which has been previously targeted by jihadists.
No one was injured in either of the attacks, the agency reported.