The following op-ed by a Norwegian policeman was posted at a Norwegian blog after its original publication in Haugesunds Avis as a letter to the editor. Many thanks to Our Norwegian correspondent The Observer for the translation.

The translator includes this introductory note:

I know Haugesund well, and remember when it was a wonderful little town. Safe, clean, with friendly locals. The last time I went back was about fifteen years ago. The place was completely ruined. Asylum seekers and Muslims all over the place. I wonder what it’s like now. How sad, how unnecessary. 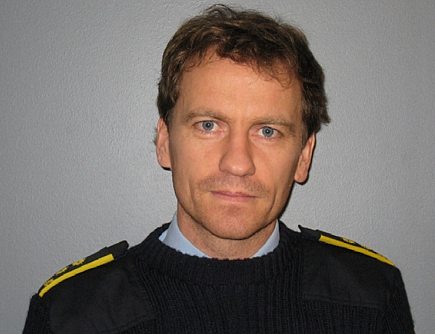 On the 22 of July, 2016, Haugesunds Avis (Haugesund News) published an article in which a philosopher was pondering the xenophobia of Norwegian citizens, and what he describes as a colder and more cynical society. The philosopher was speculating about the background for this.

The author of this letter is of the opinion that Norway, as a rich country, has an ethical and moral obligation to help displaced individuals. However, I do not agree with the assertion that skepticism towards refugees and asylum seekers should be viewed as an expression of cynicism.

The public’s xenophobia in relation to this group is highly rational and justified, and I will try to show this by relying on both local and national examples.

Here are some examples from my own precinct;

Monday: Three men from the Middle East are in police custody — they have been charged with drug offenses. One of the individuals has been permanently expelled from Norway due to previous convictions, which include violations of immigration and narcotics laws. The second individual received his second conviction for robbery a few weeks earlier. The third individual has a string of previous convictions, but has managed to become a Norwegian citizen — after only a short stay in Norway.

Tuesday: Two more individuals are in police custody, arrested after being found in the possession of considerable quantity of amphetamines in their car. Both have prior convictions and are foreign nationals.

Thursday: Three individuals are in police custody for stabbings — two are foreigners.

During week 30, the author arrested three more individuals with foreign backgrounds — two of them have numerous prior convictions for serious integrity violations, including robbery. One of them, a man of foreign descent in his thirties, is on a disability pension — the second individual, an Iraqi citizen in his twenties, is on welfare benefits and has been granted political asylum.

During 2015 the author was responsible for numerous of detainees. The combined number of custody days totaled 2,600 — of these, 2,200 involved of men of foreign origin.