As one trained psychiatrist said to me, compare Donald Trump’s speaking patterns to a Robin Williams monologue, but with insults instead of jokes.

Trump’s Enablers Will Finally Have to Take a StandDavid Brooks AUG. 5, 2016 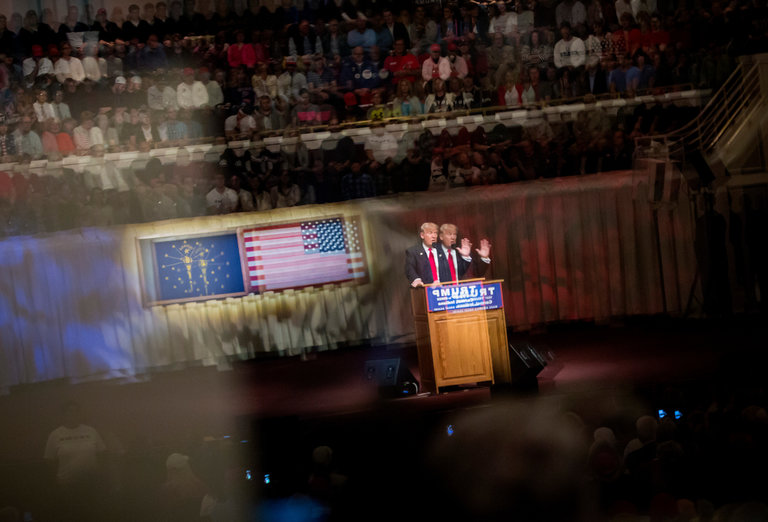 Up through the convention there were all sorts of Republican officeholders who weren’t really for Trump, but they weren’t really against him. They sort of endorsed him implicitly, while trying to change the subject.

Their bodies squirmed when they were asked about their nominee. They refused to look you straight in the eye. They made little apologetic comments so you would still like them even though they were doing this shameful thing.

They had all sorts of squirrelly formulations about why it was O.K. to ride the Trump train: He can be tamed or surrounded and improved. Sure, he’s got some real weaknesses, but he’s more or less a normal candidate who is at least better than Hillary.

Over the past few days, Trump has destroyed this middle ground. He’s exposed the wet noodle Republicans as suckers, or worse. Trump has shown that he is not a normal candidate. He is a political rampage charging ever more wildly out of control. And no, he cannot be changed.

He cannot be contained because he is psychologically off the chain. With each passing week he displays the classic symptoms of medium-grade mania in more disturbing forms: inflated self-esteem, sleeplessness, impulsivity, aggression and a compulsion to offer advice on subjects he knows nothing about.

His speech patterns are like something straight out of a psychiatric textbook. Manics display something called “flight of ideas.” It’s a formal thought disorder in which ideas tumble forth through a disordered chain of associations. One word sparks another, which sparks another, and they’re off to the races. As one trained psychiatrist said to me, compare Donald Trump’s speaking patterns to a Robin Williams monologue, but with insults instead of jokes.