HOW MUCH DID HE GET RIGHT? 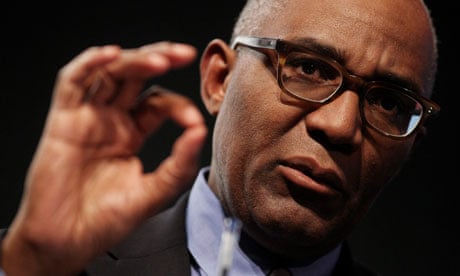 “Liberal opinion in Britain has, for more than two decades, maintained that most Muslims are just like everyone else… Britain desperately wants to think of its Muslims as versions of the Great British Bake Off winner Nadiya Hussain, or the cheeky-chappie athlete Mo Farah. But thanks to the most detailed and comprehensive survey of British Muslim opinion yet conducted, we now know that just isn’t how it is.”

“It’s not as though we couldn’t have seen this coming. But we’ve repeatedly failed to spot the warning signs,” he admits.

“Twenty years ago… I published the report titled Islamophobia: A Challenge for Us All, we thought that the real risk of the arrival of new communities was discrimination against Muslims. Our 1996 survey of recent incidents showed that there was plenty of it around. But we got almost everything else wrong.”

“We estimated that the Muslim population of the UK would be approaching 2 [million] by 2020. We underestimated by nearly a million. We predicted that the most lethal threat to Muslims would come from racial attacks and social exclusion. We completely failed to foresee the urban conflicts of 2001 that ravaged our northern cities. And of course we didn’t dream of 9/11 and the atrocities in Madrid, Paris, Istanbul, Brussels and London.”

“For a long time, I too thought that Europe’s Muslims would become like previous waves of migrants, gradually abandoning their ancestral ways, wearing their religious and cultural baggage lightly, and gradually blending into Britain’s diverse identity landscape. I should have known better.”

“Oddly, the biggest obstacles we now face in addressing the growth of this nation-within-a-nation are not created by British Muslims themselves. Many of our (distinctly un-diverse) elite political and media classes simply refuse to acknowledge the truth. Any undesirable behaviours are attributed to poverty and alienation. Backing for violent extremism must be the fault of the Americans. Oppression of women is a cultural trait that will fade with time, nothing to do with the true face of Islam.”

“Even when confronted with the growing pile of evidence to the contrary, and the angst of the liberal minority of British Muslims, clever, important people still cling to the patronising certainty that British Muslims will, over time, come to see that “our” ways are better.”