Pay attention to this one, it’s spot-on.

This is a topic often touched upon at the Tundra Tabloids, albeit, usually under the rubric of the traditional understanding of Left-Right political spectrum. Defenders of classical liberalism (based upon the enlightenment) will understand the full dimension of MC’s latest essay.

The rise of the Neo-Statists.

In his latest essay, MC examines the nature of the Culture Wars that have put various factions of the Right into conflict with one another. 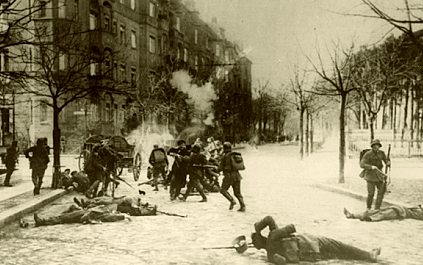 Why the political right is so fragmented
by MC

The genuine conservative political right is defunct. It no longer exists as a separate entity and is now securely blocked in with the fantasy ‘Nazi’ ‘far right’.

The leftist/collectivist policy of denigrate, divide and destroy has worked beautifully, no doubt assisted by fifth-columnists well able to hide amongst the tolerant liberalism (small L) of conservative (small C) opinion.

The US Republican establishment is now left of centre. With the exception of the Reagan years, it has been drifting steadily leftwards, totally out of contact with grass-roots conservatism. In fact, the modern GOP does not hide its contempt for its supposed conservative roots.

The British ‘Conservative’ Party is a bit of a far-left-of-centre joke. For sick political expediency it has killed justice and allowed a multi-tier system of ‘race/Islamophobia/social cohesion’-driven legal exceptions to prevail. We now have one law for Muslims and their patrons, another law for the man in the street, and a third more draconian law for those who wish to express their freedom, liberty and/or right of free speech. The Conservatives have particularly allowed freedom of speech to become encrusted with so-called ‘hate’ legislation where hate is an ill-defined term, randomly applied and seemingly related to causing offense particularly to Muslims and/or gays and/or general dissent. But where causing offense to Christians or Jews or real conservatives is studiously ignored.

So how did we get here?

I suspect that the contrived association between Nazism and the ‘right’ has much to do with it. However, there is also a failure to understand liberty , racism and nationalism as they apply to traditional liberal conservatism. But there is yet another factor which may also be critical.

There was recently an article at Gates of Vienna about Jewgida, which attracted more than the usual number of comments. Many of those were divisive and intolerant, seeking to emphasize that Jooos are the enemy rather than celebrate the number of Jews who participate in the counterjihad movement.

Personally I am disappointed that Jewgida feels the need to exist outside of any local/national Pegida movement(s), but all the same I would welcome them into the fold.

The right is vapid because it is fragmented. It is fragmented because it has been taught to be intolerant and see the likes of Jewgida as a threat. This is not part of true conservatism or the true right; it is the absorption of leftist principles into the conservative psyche.

Real conservatism has a Judeo-Christian core belief, a belief that leads to trust and tolerance: trust and tolerance in God and in (conservative) man. When that core is deflated, however, then there is only fear and fragmentation. The negative reaction and mudslinging provoked by the publication of Diana West’s book American Betrayal (a MUST-read for ALL those on the right), presumably at the fear/knowledge that the Republican Party had also been thoroughly penetrated by KGB agents of influence, was just too much for the supposed icons of right-Republican thought.

So here is a provocative piece from a UK Nationalist website of dubious origin, which is unconfirmed in any way:

END_OF_DOCUMENT_TOKEN_TO_BE_REPLACED