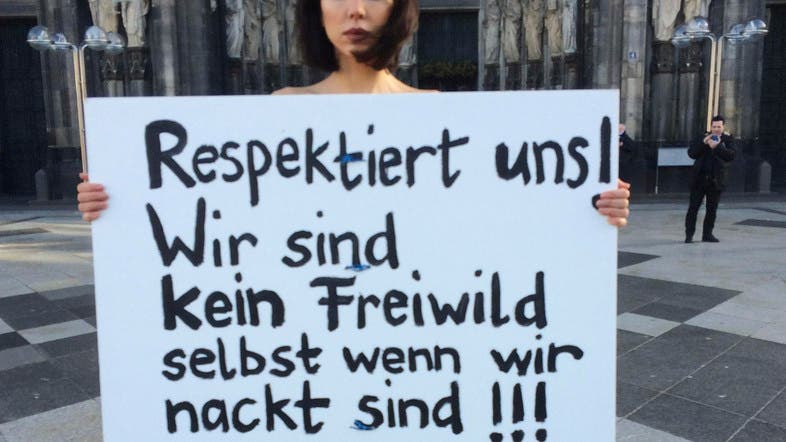 Swiss performance artist Milo Moire holds a sign “Respect us! We are no fair game even when we are naked!!!” as she protests naked in front of the Cologne, western Germany, cathedral Friday, Jan. 8, 2016. (AP)
The Associated Press, StockholmFriday, 8 January 2016

Swedish police say at least 15 young women have reported being groped by groups of men on New Year’s Eve in the city of Kalmar.

The Swedish reports follow a string of sex assaults and robberies during New Year’s celebrations in Germany.

Kalmar police spokesman Johan Bruun on Friday said groups of men encircled women on a crowded square and groped them. He said no one was physically injured but that many of those targeted were terrified.

He said two men, both asylum-seekers, were informed through interpreters that they’re suspected of sexual assault and that police are trying to identify other suspects.