Grab the popcorn and favorite beverage.

Let Nigel Farage lead the verbal barrage against him, Margaret Thatcher would wind him (Corbyn) up like a top and send him spinning off the table to her delight.

“A dreadful day for the UK and especially for Jews with even the slightest affinity for Israel. Corbyn’s association with antisemites is well-known; his economic policies would take the UK in the direction of Greece and Zimbabwe; he has hardly any support from other Labour MPs. In countries with no Opposition, people take to the streets. Labour is out until at least 2030.”

“We have a Labour leader who:
1. Said that the 7/7 attacks were the result of UK creating insecurity around the world
2. Presented a show on Press TV, Iran’s propaganda channel
3. Praised and appeared on Russia Today, Putin’s propaganda channel
4. Is National Chair of “Stop the War”
5. Is a Patron of the “Palestine Solidarity Campaign” which fights for a boycott of Israel.
6. Says that Hamas and Hezbollah are dedicated to the good of the Palestinian people and to social and political justice.
7. Says that NATO is the aggressor in Eastern Europe and that Russia has a legitimate claim over Ukraine
8. Jumped to the defence of antisemites, Raed Salah who indulged in medieval blood libel and Steven Sizer who said that Israel was behind 9/11
9. Is not offended by the suggestion that the execution of Bin Laden and the sentencing of Eichmann are both illegitimate and illegal
10. Does not argue with somebody who suggests that Bin Laden is not dead
11. Does not say anything when a 911 truther who he’s sharing a platform with, defends Palestinian suicide bombing
12. Is pictured, all smiles, with Hugo Chavez
13. Campaigned against Britain taking military action against Assad
14. Campaigned against the RAF giving air support to those defending Kobane
15. Thinks that ISIS is bad in Syria in the same way as the US is bad in Iraq
16. Continued to support “Deir Yassin Remembered” even when it was well known that it was run by a Holocaust Denier
17. Hosted and sat next to on a platform Dyab Abou Jahjan, who believes that the killing of each British soldier is a victory
18. Agreed to speak alongside Carlos Latuff, 2nd prize winner in Ahmadinejad’s Holocaust denial cartoon competition
19. Agreed to speak alongside Azzam Tamimi, who said that he’d like to have been a suicide bomber against Israel
20. Replies to all these points by saying that they are Tory smears” 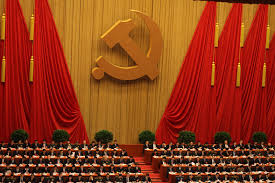