What in the world are they thinking by letting them (jihadi nut-jobs) back into Finland?

SUPO: 13 women have already left Finland to join the ranks of ISIS 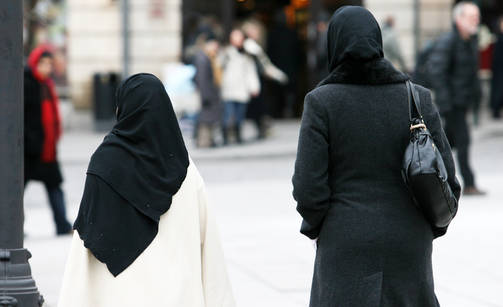 All who have left for ISIS may not have taken part in combat operations. (MOST PHOTOS)

– The threat she’s experienced is known, but otherwise we can not comment on the matter, says Rantala.

Supoa currently is working mostly on the fighters who have left Finland to join the ranks of ISIS.

– Nearly 70 fighters have left Finland, of whom 13 are women, Rantala says.

All who left for ISIS’ rows are not necessarily directly involved in combat operations.

The lowest caste in the ranks of ISIS do not know the language and are  combatants ill-informed about Islamic culture.

– They will have the tasks which locals do not want to take care of, but on the other hand the West has left a lot of military trained individuals.

Rantala does not say what roles those who left in Finland for ISIS have ended up with.

Approximately 20 have come back

Some of the fighters have already returned back to Finland.

– Around 20 people have returned, some of whom have been disappointed, maybe ISIS did not correspond at all to expectations, says Rantala.

SUPO’s task is to ensure that fighters who have returned to Finland do not pose a security threat.

– The aim is to to meet all who have returned to Finland and assess what happened there.

– If there is reason to suspect a crime, then we start an investigation, Rantala concludes.

NOTE: What a bunch of gobbledygook. What do they mean ”didn’t fill expectations”? Not enough dead bodies, brutal whippings, head chopping, slavery for them?