The effects of Islamization that the ruling elite denies that it exists.

Now they hand the public to this islamo-propagandist, Anas Hajjar, to fool on their dime.

The fact that this exercize in stupidity is going to be funded by tax payers whether they want it or not, is going to piss off a lot of people.

Koran to be read from cover to cover on YLE channel

Islam’s founding work, the Qur’an is to be read as a whole radio program series produced by YLE. It is believed that anything similar has not been in the past. The aim is to increase the knowledge of the Qur’an and Muslim culture. The series begins on YLE Radio 1 on the seventh of March. 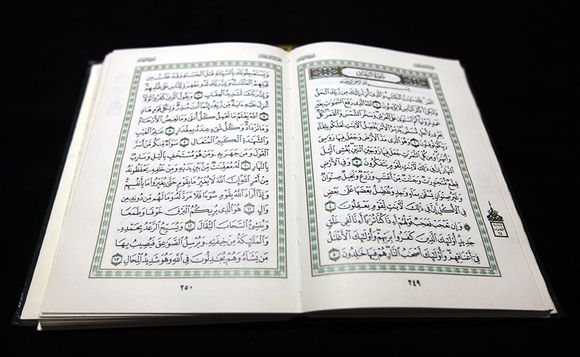 YLE radio’s Pasila studio is to make the exceptional radio program. Islam’s holy book, the Quran, is to be read from cover to cover. As many as 60 half hour long episodes will be generated.

Each section begins with a share of explanatory discussions, with Finnish Islamic community, Imam Anas Hajjar and with the translator of the Koran, Professor Jaakko Häme-Anttila to set the text of religious and historical context.

– Glad to hear my own translation read aloud. It is important that the entire Qur’an is read through and not select items that show that Islam isviolent and evil or good, and beautiful. All text material served can be assessed by the listener, says Häme-Anttila.