And Libya was supposedly another of Obama’s ”success stories”. 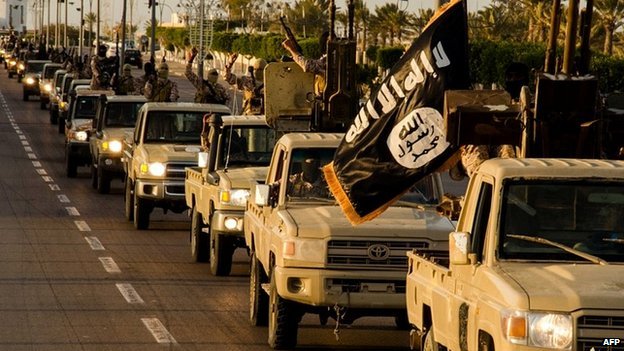 A bombing by suspected Islamic State (IS) militants in Libya has killed at least 40 people and wounded dozens in the eastern town of al-Qubbah.

According to an online statement, IS fighters said they struck in retaliation for Egyptian air strikes.

Egypt launched strikes after IS killed 21 Egyptian Christians it had abducted.

The al-Qubbah attack is one of the deadliest in Libya since the toppling of Col Muammar Gaddafi four years ago.

The country remains in a state of chaos with two governments vying for legitimacy and territory.