[“The way Marx put it is you have to destroy the existing society,” “So, Obama looks at the Middle East and he says, look, just because Republican and Democrat presidents in the past, Republican and Democrat Congresses in the past have conducted themselves pretty much the same way doesn’t mean I’m going to.” “You know what Obama’s doing today?” “He is building the Iranian Islamo-nazi caliphate. And I’ve been talking about this forever.”]

Lori Lowenthal Marcus: ”The fundamental disagreement is over the offer Netanyahu said the P5+1, including the U.S., ‘has made‘ to Iran. Note: not may make, not is thinking of making, but has made. According to Netanyahu, the offer has already been extended, and it is an offer, Netanyahu said, that “threatens Israel’s survival.”

Bibi Says: ‘I am Going to Speak to Congress About the Bad Offer Made to Iran’

Bibi says he is going to D.C. to speak to Congress about the bad offer the US and partners already made to Iran
By: Lori Lowenthal Marcus
Published: February 10th, 2015 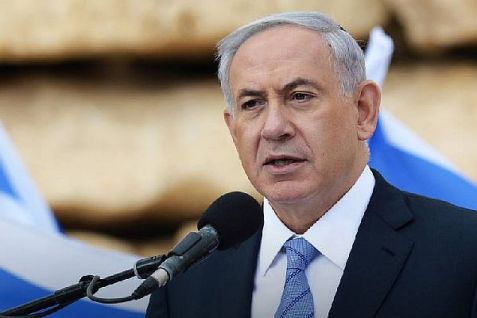 On Tuesday, Feb. 10, Israeli Prime Minister Binyamin Netanyahu released a statement confirming his decision to go to Washington, D.C. next month and to speak in the U.S. Congress about the dangers of the offer the U.S. and its partners has made to Iran.

The prime minister addressed the issue which has been dividing the leadership of the U.S. and Israel: the acceptance by Netanyahu of an invitation to speak before a joint session of Congress next month. It is something this U.S. administration strongly opposes.

Netanyahu acknowledged the very close relationship between the U.S. and Israel, one that has remained strong despite many strong disagreements between leaders in the two countries throughout that relationship. Examples of those disagreements included ones between Israel’s first Prime Minister David Ben Gurion and the U.S. Secretary of State George Marshall, Levi Eshkol’s decision at the start of the Six Day War, Menachem Begin’s decision to bomb Iraq’s Osirik nuclear reactor, and Prime Minister Sharon’s Operation Defensive Shield.

The Prime Minister turned next to the heart of the current disagreement. It is not over whether Netanyahu should speak before a joint session of Congress, or about how or even when the invitation was extended.