I personally admire the man.

“We’re not fearful, and we’re not going to run and hide,” he told the Herald. “If they [terrorists] come, we’re going to try to get them before they get us.”

The No. 2 man on al-Qaeda’s hit list is not in hiding after Paris attack. He’s selling french fries in Florida. 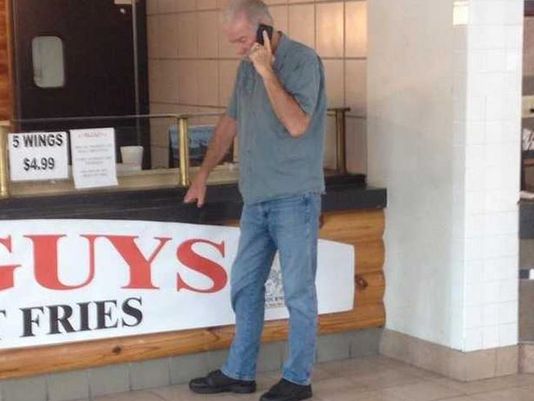 Florida pastor Terry Jones found himself facing an international army of detractors when he announced plans for International Burn a Koran Day.

Nobody would fault the Rev. Terry Jones for disappearing right about now. But the No. 2 man on al-Qaeda’s international hit list — better known as the provocative Florida pastor infamous for burning the Koran — is staying put.

In Florida’s DeSoto Square mall, where Jones has been found since November behind the counter of the food court’s popular french fry stand: Fry Guys Gourmet Fries, according to the Bradenton Herald.

Their slogan: “We take fries seriously.”

Jones’s position on the chilling hit list, which can be found on a widely circulated propaganda poster, garnered new publicity this week after French editor Stéphane Charbonnier was killed alongside 11 others during a terrorist attack on the officers of satirical French newsweekly Charlie Hebdo. Charbonnier had been on the list, since 2013, according to news reports.

Not that Jones, who refuses to go into hiding, is overly worried about his association, according to the Herald.

“We’re not fearful, and we’re not going to run and hide,” he told the Herald. “If they [terrorists] come, we’re going to try to get them before they get us.”

And yet, Jones admits that he’s somewhat concerned about his safety. He told the Herald that he’s had 400 to 500 death threats, and there’s a $6.5 million bounty on his head. He said he has asked the FBI and local police for protection.

“I don’t know if we may get extra protection from them,” he said. “They do patrol, on a semi-regular basis, my house.”

Jones has taken one minor precaution to upgrade his safety. He has agreed to take down a drawing of his face that hangs on the restaurant wall, but he has decided to leave his “stern-looking” visage on the company’s logo, according to the Herald.

“This is our first restaurant and we plan on being a chain,” Jones told the Herald. “Right now we just agreed to take down the three pictures.”

In 2013, the pastor had planned to torch 2,998 Korans on Sept. 11 for each victim of the attack, but he was arrested beforehand, according to news reports. In a video, allegedly filmed on the anniversary of the attacks a year later, Jones can be seen burning Korans and an Islamic State flag.

Mall manager Robert Tacket, who was made aware of Jone’s Koran-torching past by a reporter’s phone call, told the Herald that, although he was shocked, Jones has been a model tenant. Perhaps more importantly, he said, the pastor’s fries have received glowing reviews from customers.

NOTE: Unlike many French police, this pastor packs heat, and knows how to use it.