*We have met the enemy, and he is us. This is what the Big Lie has helped to create: millions of Mehmets, armed, primed and ready to detonate.

Yes, some of them would have chosen jihad, no matter what. But our stupid, dishonest, corrupt, cowardly leaders have made it that much more likely.

ISIS and the Big Lie

The following post is the result of various discussions Vlad Tepes and I had a few weeks ago. 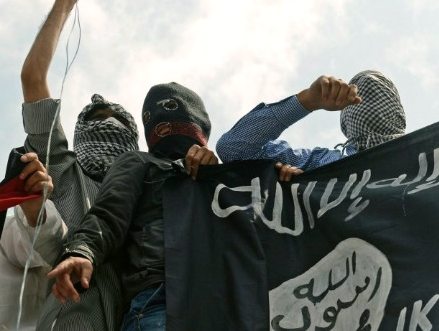 When was the last time you heard of a beheading where the perpetrator was neither a Muslim nor a Mexican gangster?

And, out of all such beheaders, what percentage professed the Islamic faith?

I began this post more than a month ago, before the press of current events relegated it to the back burner. As a matter of coincidence, the very day I started writing it (September 25), a news story broke about a beheading that had occurred the day before at a food distribution facility in Oklahoma. The alleged killer (who was shot but not killed by an officer of the company) was a recent convert to Islam, and had attempted da’wa on his fellow employees before he was fired from the plant.

Most of the early media reports on this incident either failed to mention JIM or played down the Islamic aspect of the incident. This is typical of the way the MSM handles instances of grotesque barbaric violence carried out by Muslims — either reporters decline to discuss the religion of the perpetrator, or they hastily explain it away, before all the details of the case have been revealed, before the body parts have even been collected and the blood hosed off the floor. If possible, they avoid mentioning the killer’s Islamic name, even if it had been legally changed. A case in point is the late John Allen Williams, the Beltway Sniper. The media were extremely reluctant to use his preferred surname (Muhammad) and thereby assign his crimes a Mohammed Coefficient of 100%. In the weeks after his arrest, back in the fall of 2002, they used “Williams” for as long as they possibly could.

The media reports on the more recent “lone wolf” attacks in Canada and New York have used the same playbook. In most instances, the jihadis’ infidel names are the only ones mentioned by reporters. The perpetrators’ conversion to Islam is played down, or papered over. Their actions are ascribed to insanity, or poverty, or sunspot activity — anything to avoid looking at Islam and the ideology of jihad.

Such behavior on the part of the Fourth Estate simply follows the lead of our governments, which tell us repeatedly that such-and-such atrocity “has nothing to do with Islam”, regardless of the faith professed by the perpetrators, or their regular attendance at a well-known mosque, or which god they pray to five times a day, or what books they were reading just before their bomb belts detonated.