Somehow the blowhards of Glo-bull warming missed that one, they must have been away from their desks, banging drums in the streets making asses out of themselves for the sake of their religion. 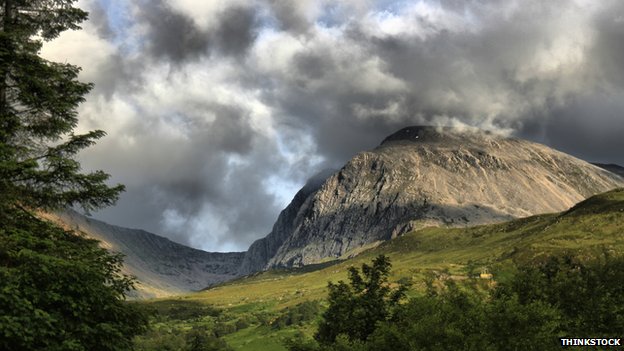 Experts are investigating the North Face of Ben Nevi

Hazards common in arctic and alpine areas but described as “extremely unusual” in the UK during the summer have been found on Ben Nevis.

A team of climbers and scientists investigating the mountain’s North Face said snowfields remained in many gullies and upper scree slopes.

On these fields, they have come across compacted, dense, ice hard snow call neve.

Neve is the first stage in the formation of glaciers, the team said.

The team has also encountered sheets of snow weighing hundreds of tonnes and tunnels and fissures known as bergschrunds.

The large, deep cracks in the ice are found at the top of glaciers.

The team of mountaineers, geologists and botanists is recording wildlife and rock forms on the North Face.