And the reason he did it, simple, homosexuality is an affront to sharia law. 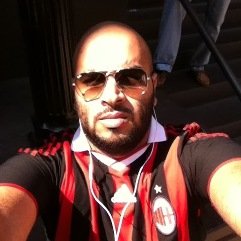 Masmari carried a one gallon tank of gas hidden in a shopping bag into the Neighbours club in Seattle’s Capitol Hill neighborhood around 11:30 p.m. as 750 partygoers were inside, according to prosecutors. Then just after midnight, Masmari poured some of the gasoline on a carpeted staircase inside the club and hid the gas container behind a planter at the top of the stairs.

The container was still more than half full of gasoline, prosecutors said.

Moments later, Masmari lit the gas on the stairs and ran off from the club, prosecutors said. A U.S. Army staff sergeant and an Air Force member quickly put out the fire before it spread. The club’s sprinkler system activated, and no one was hurt.

Investigators identified Masmari from surveillance videos and he was arrested on Feb. 1 as he was getting ready to head to Sea-Tac Airport and board a flight out of the country.

Under the terms of a plea agreement, prosecutors and Masmari’s defense agreed to recommend a 5-year prison term with 5 years supervised release when Masmari is sentenced on July 31. However the judge is not bound by their recommendations and could sentence Masmari to up to 20 years in jail, prosecutors said.