This is a timely interview by Dr.Manfred Gerstenfeld with prof. Rudi Ekkart. There is at the moment much interest in stolen art due to the Gurlitt affair in Germany and the movie of George Clooney about the “monuments men”. 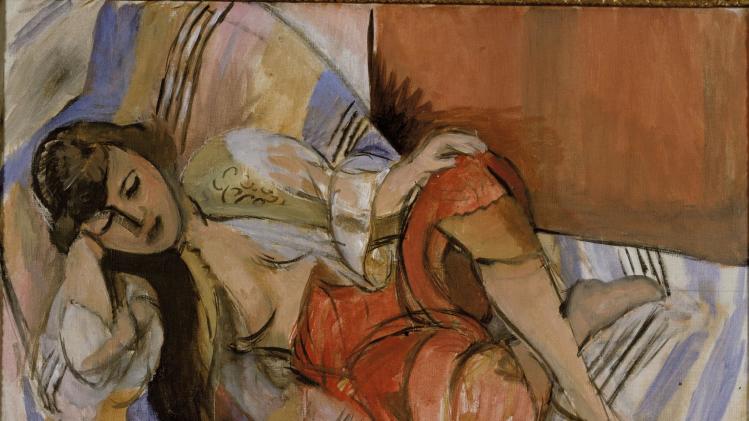 “In 1997, I was appointed by the Dutch government as head of a commission to investigate the post-World War II restitution of art. We did a preliminary study to see whether more data could be found about art returned after the war to the Netherlands, which had been stolen by the Germans, or sold to them under duress.

10,000 items. Part of it was gradually returned after the war and another part was auctioned off. Almost half was still managed by Dutch authorities more than 50 years after the war. Our commission had to investigate how many works were stolen from the original owners.”

Professor Rudi Ekkart is a retired professor of art history at the University of Utrecht. He was, until 2012, director of the National Bureau for Art Documentation (RKD). He plays a key role for seventeen years already in the Dutch investigations of stolen artwork, both government controlled and in museum collections.

“A pilot study based on 100 items surprised and shocked me. We came to the conclusion in our April 1998 report that for many works of art in the NK collection, additional information was available. We recommended to investigate the entire collection. In our conclusion, we said that the government’s postwar policy regarding the restitution of art had been unclear, wrong and heartless.

“In 1999, the Deputy Minister of Education, Culture and Science created a second commission named Seeking the Origin. It became popularly known as the Ekkart Commission.

“This new body had a much larger task. We were in charge of ordering research into the origin of all works returned from Germany after the war and still in the possession of the Dutch government. A second assignment was to investigate how the foundation SNK – which dealt with the NK Collection from 1945-1952 – had functioned. We were also asked to recommend to the government what its policy should be concerning the possible return of some works of art.

“In postwar Netherlands, there had been a battle between two interest groups. The Ministry of Finance wanted to sell as much art from the collection as possible, to help the Dutch treasury. On the other side were directors of Dutch museums and the head of the SNK. They believed this was a great occasion to build a national art collection. In the end, they received support from the Minister of Education, Art and Science.

“The third interest group – those to whom the art belonged or their heirs – did not participate in the discussion. Some called for help, like the widow of Jewish art trader Jacques Goudstikker. This story was reported internationally.

“The SNK had to seek out the art and put it in order. They were not expected to deal with claims of those who were entitled to it. However, they often said to these people that they had no chance of recovering the artwork. Some heirs appealed to the Council for Restitution, however, many had been discouraged. The SNK had asked for guidance about restitution, but the government never issued any. It was apparently unwilling to give unsympathetic or even illegal advice. The artworks concerned had been returned to the Netherlands in order to be handed over to those entitled to them.

“A large part of the NK collection had normal origins. We however, reopened a number of claim files which had been closed by the SNK without a decision by, or an agreement with a higher authority. Our commission found that a substantial number of works which had remained in the NK collection had most probably been stolen from Jewish owners, or sold under duress. Some heirs could not be found. We recommended that the items concerned remain in the government collection. If they were to be exhibited in museums, their origin should be mentioned.

“Furthermore, we asked the Dutch government to make a financial grant to Jewish institutions equaling the value of the stolen items remaining in its possession. The Dutch government did so by transferring monies to the famous library of the Portugese synagogue and to the Jewish Historical Museum. It also accepted our other major recommendations.

An exhibition of works whose origins remained unclear was shown in Amsterdam. Two of our employees published a book about the Dutch policy of postwar restitution of art.

“Two cases of restituted works were major. The heirs of the Gutmann family received many stolen pieces back, including silver items from the 16th century. Many works were also returned to the heir of the Goudstikker collection, among which were important antique paintings.

“Our final report published in 2004 said that the Dutch treatment of the restitution of artwork during 1945-1952 had in general been formalistic, bureaucratic, cold and often heartless. The Kordes and Schotten commissions which had investigated other postwar restitution issues came to similar conclusions in their fields.”