The Tundra Tabloids received word that Fjordman would be interviewed by VG.Nett in Norway, on his terms. The TT’s good friend and colleague has now chosen to end using his pseudonym of Fjordman once and for all. Peder is a peaceful chap with a conscience that he can’t keep quiet, nor would he want to, he has to tell the truth…that’s who he is. KGS

UPDATE: Fjordie contacted the PST (police) last week, was told to send email. Story below the fold after the first article. RATTLED: – I have warned my family about this interview, and I’m now going into hiding because of my personal safety, says Peder Jensen. Photo: NILS BJÅLAND, VG

(VG Nett) In an exclusive interview with VG, Peder Jensen (36) sheds his alias as the right wing blogger «Fjordman», and talks about his shock at being cited as an influence by terrorist Anders Behring Breivik.

Thursday he was questioned for several hours by Norwegian police about his supposed interaction with Breivik (32).

Under the alias «Fjordman», he has been a prolific blogger on different far-right websites, and was cited extensively in Breivik’s rambling manifesto.

The 36 year old man, originally from the coastal town of Ålesund, agreed to an interview in a café in Oslo Thursday evening.

In accordance with his lawyer, he has elected to be interviewed in VG using his real name, and asks that journalists do not contact his neighbors or family.

– I have warned my family about this interview, and because of my own safety, I’m now going into hiding, says Jensen.

Soft spoken and unassuming, he is dressed in a white t-shirt and dark jeans. He says he was horrified at being cited a total of 111 times in Breivik’s 1500 page manifesto.

– I have not read the manifesto, but I have seen bits and pieces referred in the media, and some parts have been shown to me by others, he says.

During the period between 2009 and 2010 he received a handful of emails from Breivik, where he told Jensen that he was working on a book. In one email written towards the end of 2009, he also asked if he could meet his political idol «Fjordman». Jensen refused.

– I don’t know why he wanted to meet me, but I declined. Not because of his extreme views, but because he didn’t seem very interesting – like a vacuum cleaner salesman. «Pie in the sky», I thought to myself when I re-read the emails, says Jensen, again stressing that he never met Breivik personally.

Police sources confirm that Jensen has been questioned as the blogger «Fjordman», and that they are certain of his identity.

– I feel it’s my duty to give a statement to the police, and I wanted to do this interview because my name eventually would have emerged anyway, resulting in a media frenzy. It is also a way for me to clear my name, says Jensen.

Norwegian police confiscated his computer Thursday, and even though he was questioned as a witness, he feels that the police are looking to implicate him.

– They won’t find anything on my computer regarding any criminal matters or Breivik, he says.

Jensen has a masters degree in culture and technology from the University of Oslo, and has studied Arabic at the University of Bergen and the American University in Cairo. In his master’s dissertation he wrote about censorship and blogging in Iran.

He has never been a member of any political party in Norway, and after completing his compulsory military service, he says he has never touched a gun.

After the terrorist attack and his blog being cited as an influence, Jensen says he will never use the alias «Fjordman» again.

– I don’t wish to be associated with Breivik and his horrible actions, he says.

Reported to PST – was told to send e-mail

(AP) Police Security Service (PST) asked Peder Jensen, send an e-mail when he made contact. At the same time pursued the Oslo police on the identity of “Fjordman”.

Already last week traveled Peder Jensen (36) to Nydalen in Oslo to sign up for the Police Security Service (PST).

He realized that he had to explain to the police about his contact with Anders Behring Breivik, after the mass murderer pulled out “Fjordman” as his idol. 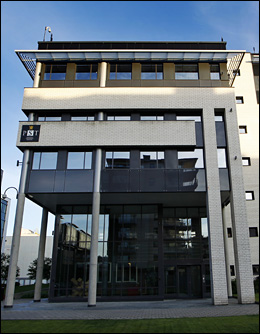 Jensen gave his full identity, but not that it was he who was the mysterious blogger “Fjordman”.

– I actually thought PST knew.The only reason that the PST had to know who I am, that I literally knocked on the door, “said hello,” says Peder Jensen VG.

Only yesterday he was questioned by police, and afterwards selected Ålesund manto be interviewed by the Times .For the first time the public about who is hiding behind your identity “Fjordman”.

After Jensen had contacted him, he was told of the PST to send an e-mail, which he complied.Through it all last week, he exchanged several e-mails with PST.Meanwhile, police in Oslo investigated blogger to find his identity.

– It was uncomfortable that nothing happened. I wanted to be checked out of the case, says Jensen.

Police Security Service (PST) believe it is impossible for them to comment on whether the history of Peder Jensen is correct.

– We can not comment on all who visit our reception. If he chooses to say this, they should just trust him, said senior adviser Siv Alsen in PST.

– Do not you have a vested interest to disclose how you have handled the matter?

– It does not matter to PST how this looks in the media, according to Alsen.

– You’ve already been criticized for not having caught up Behring Anders Breivik. Does not even this event that you lack an overview of key people?

– It appointed a commission to review the entire case. Before they have concluded can not we make some conclusions yourself, says Siv Alsen.

Other police sources confirmed to AP that it was a person who signed up for the PST last week, and that the first several days later realized that it was “Fjordman”.

Standing out in VG

He also had to travel to Oslo with the police so that they could confiscate your computer as he was not home yesterday.

Jensen has chosen to stand out in the VG, in consultation with his attorney, and asks the media not to contact neighbors or family. Although he chooses to go underground and says that he will no longer stay on his people’s registered address.

– I know that I am not the most popular man these days, but I hope it changes over time, he said.

Two days ago, took Jensen a coffee in the city center. Then he thought that this was the last time he appeared as an anonymous person in Norway and that he in life had to think about their personal safety. VG