Skip to content
Home
/
2010
/
November
/
18
/
Uncategorized
/
BENJAMIN WEINTHAL: BOTH BUSH AND LANTOS COULD AGREE THAT GERHARD SCHRÖDER IS A POLITICAL PROSTITUTE…….
Facebook
Twitter
Google+
LinkedIn
Pinterest
Gerhard Schröder would have made an excellent politician in the late DDR, in fact, he’s a caricature of that era, all smiles, but coupled with a hard fisted, statist mentality and a disgusting anti-American sentiment. KGS 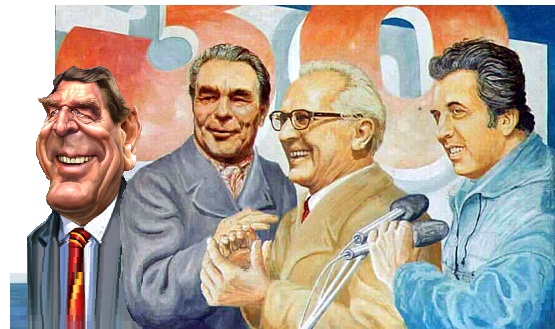