Skip to content
Home
/
2010
/
November
/
14
/
Piracy
/
SOMALI PIRATES RELEASE KIDNAPPED BRITS…….
Facebook
Twitter
Google+
LinkedIn
Pinterest
There’s talk of ransom being paid, as much as million dollars, and who could blame them for pleading it to be paid, or their relatives for paying it. The Pirates however, wherever they’re caught, should be hung on the spot, from the yard arms, coupled with special ops blowing up their networks of hideouts, as well as the wealthy homes of those who have profited from the pirate trade. The locals know who they are, it wouldn’t be hard to ascertain the information. KGS 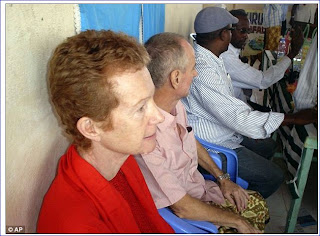 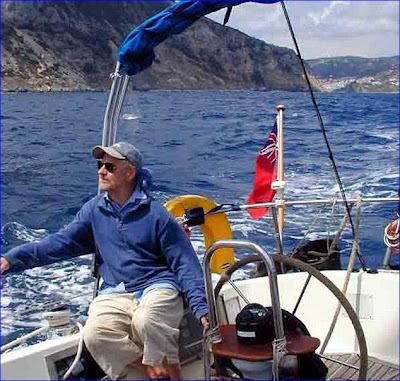 A Somali physician who saw the couple, Dr Mohamed Elmi Hangul, told Al Jazeera: ‘Aside from the deep emotional and psychological abuse they endured over the past 13 months, they are doing relatively well.’ Reports suggest that a ransom of up to $1million (£620,000) was paid to secure the couple’s release. The money is said to have come from a mixture of private investors and the Somali government. The British Government’s policy is not to pay ransom demands.The Foreign Office has not yet commented on the reports.
The Chandler’s release ends a 388-day ordeal which began on October 23 last year when their 38ft yacht was stormed by armed men. A last message posted on the couple’s online travel blog read: ‘Please ring Sarah’ – thought to be a reference to Mrs Chandler’s sister. News of their capture emerged four days later after a pirate contacted a news agency and said ransom demands would follow, sparking a long series of negotiations between the pirates and a host of UK and Somali government officials.

The Chandlers themselves also made a series of appeals for help during television interviews permitted by the pirates. In them, the emaciated couple told of being beaten, starved and kept apart in makeshift tents. The pirates also threatened to ‘burn the bones’ of the Chandlers if a rescue attempt was made.