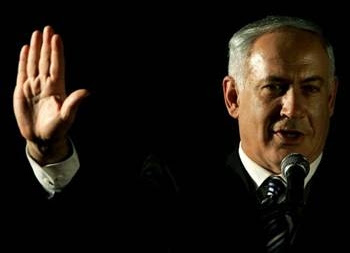 Israeli PM Netanyahu: Mr.President: “Jerusalem is not a settlement;
Jerusalem is the capital of the State of Israel.” badda bing, badda boom
The Tundra Tabloids has stated from day one, that this latest round of “peace talks” will lead to nowhere, due to a few inconvenient truths. The rise of Hamas and the weakness of the PA, couples with the fact that neither side in the Arab camp really wants to end the conflict anymore than the Syrians and the Hezbollah.
It’s the constant friction and gamesmanship that the Arabs want to keep alive in order to consolidate their own existence and relevance to the people under their control. The Alawite Syrian led regime hates the fundamentalist Shi’ite and Sunni Muslims for all the obvious reasons, it’s because they’re deemed apostates and wouldn’t last very long in state where they are not in power.
So Syria plays the game of being the Iranian’s weigh station for all weapons heading to the Hezbollah, as well as allowing the Hamas to have its main headquarters in Damascus. Preferring to placate the Islamonazis instead of confronting them has been the Assad regime’s modus operandi for decades. The last time they got serious with the Muslim Brotherhood, tens of thousands of them were killed in the former city of Hama.
There is no end to the conflict as long as the dictators in the region, who fear fundamentalist Islam, use it to their best advantage in order to secure their rule in the region. Those are the facts, no matter how dark the sun glasses. KGS 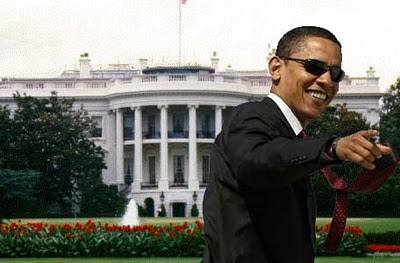 Obama: I want peace before my term is up,
ok Jews, start making it happen
NYSLIMES: WASHINGTON — President Obama’s criticism of new Israeli housing plans for East Jerusalem, and Prime Minister Benjamin Netanyahu’s even sharper retort, have thrown the Middle East peace talks into jeopardy, with the dispute over Jewish settlements looming as a seemingly insuperable hurdle.
The Obama administration is struggling to restart direct negotiations between the Israelis and Palestinians, which stalled last month after the expiration of a partial freeze on settlement construction in the West Bank. Secretary of State Hillary Rodham Clinton plans to meet Mr. Netanyahu in New York on Thursday, while Egypt sent two top officials to Washington to discuss ways to salvage the process.
More here.