Skip to content
Home
/
2010
/
November
/
6
/
Obama
/
OBAMA PLACES THE PEOPLE OF THE US BEFORE THE LIKES OF N.KOREA AND LIBYA…….
Facebook
Twitter
Google+
LinkedIn
Pinterest
The Marxist moron is clearly on a mission to delegitimize the US before the world. The Tundra Tabloids can’t wait for the next US elections in 2012 where Republican candidates delegitimize this punk before the electorate and eject his sorry rear out of office. KGS 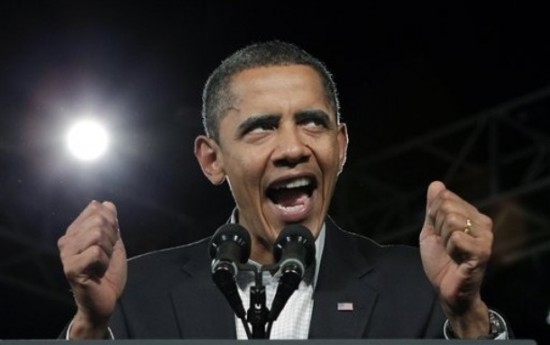