Skip to content
Home
/
2010
/
November
/
3
/
Uncategorized
/
SWEDEN DEMOCRAT JIMMIE ÅKESSON FIRES BACK AT SDP SAHLIN……..
Facebook
Twitter
Google+
LinkedIn
Pinterest
This is so excellent, finally the Sweden Democrats are able to go toe to toe with their detractors in front of parliament and the nation. Sahlin dredges up the tired old charge of “racist roots”, and Åkesson fires back about their past in race based pseudo science. Touché. KGS 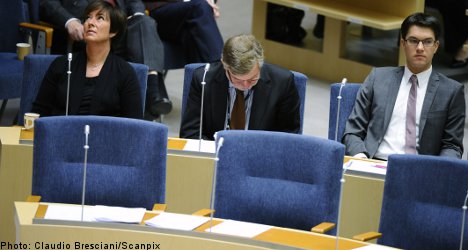