Skip to content
Home
/
2010
/
November
/
1
/
Uncategorized
/
TURKISH FM SAYS ANKARA OWNS NATO…….
Facebook
Twitter
Google+
LinkedIn
Pinterest
Why should anyone be surprised that a Muslim feels superior to everyone else not like them, and willing to reinvent the facts to suit his thinking? Of course Turkish Foreign Minister Ahmet Davutoğlu thinks Turkey owns NATO, you shouldn’t be amazed that in the mind of the mussulman, being a very junior partner in a non Muslim organization, NATO, is an anathema. KGS 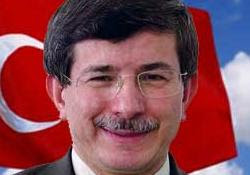