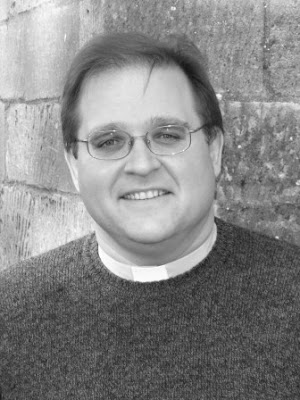 Da ‘Rev’ Teal: Gee, Islam mentions Abraham, so
that’s good enough for me to scrap Christian theology
Some of the worst of the worst appeasers of Islam, are those who you think would be the most alarmed about the rise Islam on their home turf. It’s then no wonder that the Christians of the Middle East never really trust their co-religionists here in Europe, who appear all too willing to sell them out for one reason or another. The “rev” should be shown the door for allowing a Muslim to pray, let alone deliver a sermon inside a Christian Church.
It should be an anathema for a non-Judeo/Christian ideology to be allowed to do such a thing, but in this age of fuzzy-headed thinking, followers of the moon god are not only invited to speak, but they are invited to pray as well. Read the parts in the article where the “rev” relays the reasoning behind his invitation, it’s the predictable “Islam is one of the three abrahamic faiths” meme, (it’s not) as well as “the two faiths are actually real close”, (they’re not).
The truth is, What Islam doesn’t steal from Judaism, Christianity and Zoroastrianism, it reinvented, and what it didn’t reinvent, it labeled a forgery or a corrupted holy texts. This ignoramus of a pastor doesn’t tell his flock that they are considered by Islam, and their holy prophets to already Muslims, that have to revert back to Islam. More likely than not, they’re also ignorant of how they deem their main religious figure, Jesus, as not having been crucified at all, it’s all made up.
Now regardless of whether you’re a Christian or an atheist, you must agree that honesty is the best policy, but these peddlers of Islam, or practitioners of Dawa, Muslim proselytizing, habitually lie about how their ideology views the non-Muslim Christian and Jew. They especially leave out the fact that the Koran, Hadiths and the Sunnah are highly anti-Semitic. You can be assured that those Christians gathered to hear the Sermon of the Mussulman never heard about all that, and still don’t know about that, as long as boobs like Teal are in charge. KGS


NOTE: Oh and remember, it’s hyped as “historic”, so according to moron-speak, its got to be good. 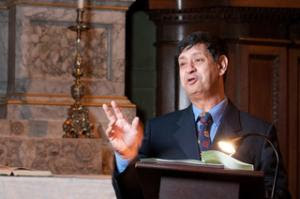 Dr.Daj Hargery: Now, heh .. don’t expect to be invited to
give any Christian prayers or sermons in our mosque.

NOTE: Remember what the two Lebanese ´Bishops said about how Islam treats the non-Muslim

Is it even thinkable that the Arabic countries of the Middle East, where fundamentalism is becoming more entrenched, will accept in the near future abandoning their theocratic regimes founded on the Koran and the Sharia, which constitute flagrant discrimination towards non-Muslims? To me this seems to be in the domain of utopia, for the centuries to come.

TWO religious leaders are claiming an historic first after an Islamic Imam preached at a Christian chapel.

For the first time in Pembroke College’s 500-year history, a Muslim, Dr Taj Hargey – from the Summertown Islamic Congregation in Oxford – was welcomed to deliver a sermon at its chapel.

The service was preceded by the Adhan, the Muslim call to prayer traditionally carried out by a man, which was read out by an 11-year-old girl from Marston.

The Rev Dr Andrew Teal, of Pembroke College, said he had been trying to get a Muslim Imam to deliver a service at the chapel for many years and he believed it was a first.

He said: “We wanted to do something which brought together Christianity and Islam, but not to create a third thing.

“I think what we are doing today is very unusual, certainly it’s the first time I have heard of it being done at the college.

“Abraham is a key figure in both Islam and Christianity.

“But I think there’s been a reluctance in the past. I think people may have felt afraid to do something like this.

“I’d hoped for this to happen for a long time. We just needed the right man to do it.”

Christianity and Islam, as well as Judaism, are sometimes referred to as the Abrahamic religions because of the role that Abraham plays in each of the holy books.

All three faiths consider him father of the people of Israel.

During the service, in which Dr Hargey spoke of the links between Christianity and Islam, songs and Psalms from the Bible were read before a reading from the Holy Qur’an.

Dr Hargey, who is also chairman of the Muslim Educational Centre of Oxford, invited 11-year-old student Nadia Zamri, from Marston, to call the congregation to prayer.

More here. (if you can bear it)