Fjordman kindly offers the following summary to an essay he submitted to Jihad Watch, the Tundra Tabloids reposts the essay in part, after the summary. KGS 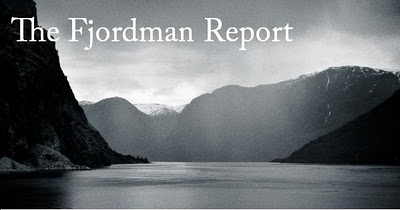 Advances made during the Middle Ages in the Islamic-ruled world were relatively modest even at the best of times and declined to almost nothing thereafter. Those contributions that did exist were made primarily by non-Arabs, and often by unorthodox Muslims who were harassed for their freethinking ways. Their scholarly contributions were primarily based on ancient Greek or other non-Islamic works and rarely moved much beyond these conceptually. They were made predominantly during the early centuries of Islamic rule, while large non-Muslim communities still existed in these countries, and normally in centers of urban culture that predated Islam by thousands of years.
The Arabian Peninsula, the cradle of Islam, has contributed next to nothing of value to human civilization throughout Islamic history. Persians, who retained a few links with their pre-Islamic heritage after the conquests, produced some decent scholars, whereas Turks, who identified almost entirely with Islam after their conversion, produced practically none of any significance. If we combine these various factors, a very clear picture emerges: The rather modest – now often exaggerated – contributions made by certain Middle Eastern scholars during the Middle Ages were generally made in spite of Islam, not because of it. Orthodox Muslims rejected the Greek heritage.
On the other hand, while some minor advances were made in spite of Islam, tremendous damage was done to pre-existing non-Muslim cultures from India, Central and Southeast Asia to Europe that was directly caused or inspired by core Islamic religious teachings and texts.
At the end of the day it is hard to pinpoint exactly what kind of positive cultural, scholarly or artistic contributions, if any, Islam by itself has brought to mankind. The ancient Greeks borrowed the alphabet from the Phoenicians, medical and artistic ideas from the Egyptians and finally mathematics and planetary astronomy from the Mesopotamians; this was one of the most significant external impulses to the Western scientific tradition throughout its history, more fundamental than anything that came out of the Islamic-ruled Middle East.
Generally speaking, in ancient times it was an advantage for Greeks to be close to the Middle East, which partly explains why they were among the first Europeans to create an urban, literate culture. During the Middle Ages, the Middle East gradually went from being a global center of civilization, which it had been for thousands of years, into the global center of anti-civilization it is today. Suddenly, being close to the Middle East was a serious disadvantage. This massive transformation took place after the Islamic conquest, which is hardly coincidental.
Medieval Muslim Scholars — Their Contributions and Shortcomings
by Fjordman
Those who have read my essays know that I can hardly be called an apologist for Islam. I don’t like Islam at all and make no attempt to hide this fact, but I also don’t like dishonesty. I believe the so-called “Golden Age of medieval Islamic science” is absurdly overblown these days. Nevertheless, if you read history closely there is still room for granting some respect to a small number of scholars from a Muslim background who did decent work for their time.
I believe in giving credit where credit is due and have therefore, after spending years reading extensively about scientific history, prepared a list of the top dozen Muslim scholars before the Industrial Revolution who in my view deserve some respect for their work. I have only considered individuals who were at least nominally Muslims, not Christians, Jews or others who happened to live under Islamic rule. This means, for instance, that I have evaluated al-Razi, who came from a Muslim background although he wasn’t personally a believing Muslim at all, but not Moses Maimonides (1135-1204), a Jewish rabbi and physician.
The indisputable number 1 on my list is Ibn al-Haytham (ca. 965-1039), known under the Latinized name Alhazen in Western literature. He was born in Basra in present-day Iraq but spent many years in Cairo, Egypt. He was a prolific writer on many aspects of science and natural philosophy. His multivolume Book of Optics (Arabic: Kitab al-Manazir‎) was the single most important work on optics to appear anywhere between Greco-Roman Antiquity and the Scientific Revolution in Europe. His treatise contained a substantially correctmodel of vision: the passive reception of light reflected from other objects, not an active emanation of light rays from the eyes, and he combined mathematical reasoning with some forms of experimental verification. He provided the best model of human vision before Kepler in the early 1600s developed the first recognizably modern understanding of the retinal image.
David C. Lindberg indicates in the book Theories of vision – From al-Kindi to Kepler that although he relied heavily on scholarly contributions made by the ancient Greeks, his synthesis was nevertheless fresh and original: “Alhazen was neither Euclidean nor Galenist nor Aristotelian – or else he was all of them. Employing physical and physiological argument, he convincingly demolished the extramission theory; but the intromission theory he erected in its place, while satisfying physical and physiological criteria, also incorporated the entire mathematical framework of Euclid, Ptolemy, and al-Kindi. Alhazen thus drew together the mathematical, medical, and physical traditions and created a single comprehensive theory.”
Deciding who should be ranked as number 2 was slightly trickier, but in the end my vote goes to the Persian physician and alchemist Muhammad ibn Zakariya Razi (ca. AD 860-925). He certainly belongs among the top five. Al-Razi, or Rhazes in Latin, came from present-day Iran. He was a freethinker in all things who never uncritically accepted the conclusions of any alleged scholarly or religious authority, past or present. He was a capable physician for his time, recognized the need for sanitation in hospitals and has been credited with being the first to clearly distinguish between the highly contagious viral diseases smallpox and measles.