Have no fear, Western governments have it all under control, they know just who to back in their quest to fund “moderates” in the battle against islamic fundamentalism……not. KGS 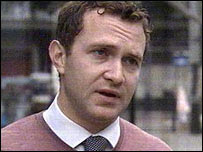 Douglas Murray: pull the plug on this crank….soon, now

Which public servants should be paid more than the Prime Minister? Some might argue for an outstanding police chief or NHS executive. But not even the most devout defender of the status quo would nominate someone whose work is at best pointless and whose advice apparently given to the Government is potentially dangerous.
Mohammed Abdul Aziz is a senior adviser within the Department for Communities and Local Government, working on, among other things, the “Prevent” strategy to curb home-grown extremism. He has visited several countries on our behalf, via such initiatives as “Projecting British Islam”.
Mr Aziz has also been involved with the East London Mosque; the London Muslim Centre; the Muslim Council of Britain; the Commission for Racial Equality; the Equal Opportunities Commission; the Forum Against Islamophobia and Racism; the European Network Against Racism; and the UK Race and Europe Network.
This attempt at a one-man clean sweep of the Muslim quangocracy is all very well, but there are two rather large problems.
First, the advice Mr Aziz gives. The Daily Telegraph revealed this year that Mr Aziz had suggested that the new Government build closer ties with the controversial East London Mosque. He said that ministers should be willing to share a stage with groups that promote “a message of divisiveness, expressing intolerance towards other communities in the UK”, and to treat privately with organisations that might support “violent extremism in Britain”. Last night he apparently claimed that this was “completely untrue”
As so often, the more divisive and sectarian you are, the better chance of being heard by government. But the second problem – the lunatic punchline – is the premium we pay for this service.
Mr Aziz runs an organisation called Faithwise Ltd, the directors of which are himself and his wife. This summer, the Centre for Social Cohesion, of which I am the director, used the Freedom of Information Act to ask the Department for Communities and Local Government about its dealings with Mr Aziz over the previous year (though he had been its adviser since 2007).
What we turned up was extraordinary. Faithwise was retained to provide “strategic consultancy”. Mr Aziz’s organisation worked for 156 days for £113,394 – £725 a day, or at least £175,000 per annum, pro rata, rather more than the £142,500 the PM gets. Mr Aziz said his pay included VAT and operational costs.
While Mr Aziz has been contracted to central government, Faithwise has had significant “Prevent” funding from local government.
In recent years Camden council gave it £106,000 to set up a committee for a proposed new mosque. Just before Mr Aziz started working for the department, Faithwise and the Muslim Council of Britain won a contract from the Crown Prosecution Service to help its staff gain a detailed understanding of Muslim communities.
MORE HERE