Skip to content
Home
/
2010
/
September
/
30
/
Uncategorized
/
BIG GOVERNMENT FINLAND: STAMPING OUT SMOKING WITH MOST DRACONIAN ANTI-TOBACCO LAWS…….
Facebook
Twitter
Google+
LinkedIn
Pinterest
This could only happen in a country that has given itself entirely over to statism, which is nothing more than a Marxist-style form of collectivism which takes over the individual’s own decision making process, and decides for itself, what is proper human behavior, thereby creating social policies that further restrict the individual.
No, the Tundra Tabloids is not talking about the legalization of drugs nor other vices that have been proven to negatively effect not only the individual, but others as well, but matters that have only the effect, good or bad, on the individual him or herself. Only a country that has given itself over to statism, could such a radical policy such as this occur, and it speaks more about the drift of society into totalitarianism, than of the bad effects of tobacco.
Every person, smoker and non-smoker alike should be worried about the further erosion of their civil liberties, for the government, especially a statist one that is unrestrained by the people, has a thirst for more control over society, and will eventually enslave its people even more than they have already. This is really disgusting and frightening. KGS 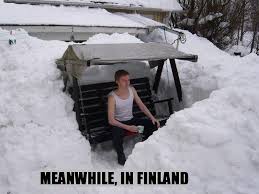