Skip to content
Home
/
2010
/
September
/
22
/
Uncategorized
/
IRAN BURNED HUNDREDS OF BIBLES IN MAY ISSUES FATWAS OVER BURNT KORANS NOW…….
Facebook
Twitter
Google+
LinkedIn
Pinterest
Thanks to Zip for this one, hypocrisy of the mussulman knows no bounds. Remember, Islam demands for the dhimmi: “know your place and do I say not as I do” KGS 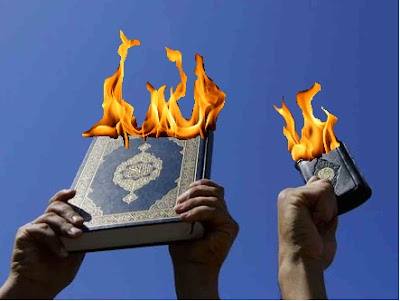