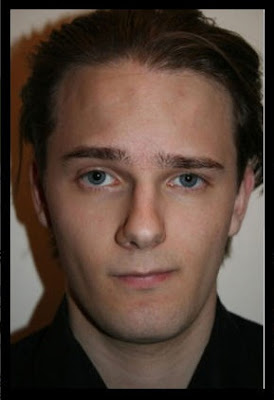 They came at him with knives
carved a swastika on his forehead
Here is the vid uploaded by Vlad, of the meeting by the Sweden Democrats that was interrupted by the AFA activist/thugs, that took place prior to the knife attack against the SD candidate. According to Reinhard, the AFA (anti-fascists) marked the home of this Sweden Democrat, then the Arabs came to visit with their long knives. KGS
The Baron has more here.
NOTE: Reinhard also states about the Swedish internal political environment that gives rise to such violent anti-democratic behavior: “The problem is that you have a state apparatus which is intimately intertwined with a very specific morality with a narrow stretch of acceptable opinions you can have. That’s why the Swedish establishment will never condemn political violence against SD.”
Young sverigedemokrat tortured in his home by left extremists
September 11, 2010 12:00 EDT
In Sweden Democrats on Friday organized a meeting square in central Malmö. About 500 left-wing extremists sabotaged the meeting by including, rockets and arson. Later in the evening appeared a couple of leftist extremists at the apartment of the Sweden Democrat, David von Arnold, who is a candidate to municipality and county.
With knife threats they forced themselves into the apartment where in about 20 minutes they were torturing  David with a knife, for example, a neck scratch and cut a swastika on his forehead. Leftist extremists, who spoke in an Arab-like language and Swedish […] threatened David because he participated in the Square meeting together with their leftist counterparts […], also took the chance to steal David’s computer and money before they disappeared.
Sweden Democrat party leader, Jimmie Akesson, commented:
– My first reaction when I heard during the night that David was tortured in his home was an unreal feeling. It is difficult for me to come to terms with the idea that many socialists considered threats, violence and torture as a legitimate political tool. It is as far as one can get from the democratic values that I and my party represents.

By way of Reinhard and the GOV: “New information to be added from here: QUOTE The police have confirmed that the perpetrators put up stickers from the organisation AFA, Anti-fascist action, an organisation which for many years has been known for using violence against those opponents whom AFA defines as being anti-democratic and belonging to racist organizations. Also, the attack lasted 20 minutes.