Skip to content
Home
/
2010
/
September
/
6
/
Uncategorized
/
DR.MANFRED GERSTENFELD: EURO BIGOTS OF ISRAEL DARE TO DEMONIZE BECAUSE THE JEWISH STATE REFUSES TO FIGHT BACK
Facebook
Twitter
Google+
LinkedIn
Pinterest
A shorter version of this a few days ago in the Hebrew daily Makor Rishon. Israel doesn’t fight back, it pretty much takes what the EU throws at it with a shrug of its shoulders, regardless of how imbecilic and over the top they go. It’s a double standard that the Jewish state has come to live with, it’s about time for that to change. KGS 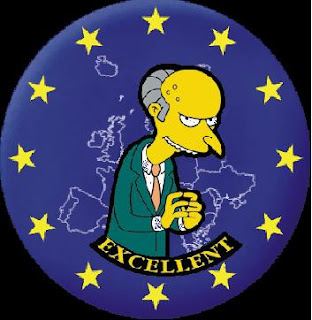 European demonizers of Israel and the Jews get off scot free because Israel does not counter-attack.
Manfred Gerstenfeld
The latest anti-Semitic and anti-Israeli attack from the upper echelon of the European Union came from Trade Commissioner Karel De Gucht, who represents Belgium. He said that Israel frustrated US-led peace efforts and blamed the Jewish lobby in Washington for blocking peace. After the Israeli rejection of his comments and global Jewish protests, he had to apologize. His statements were too much of a liability even for the EU commission with its frequent bias against Israel. It is sad to note, however, that Israel fell back into its usual position of rejecting the accusations instead of at the same time explicitly accusing De Gucht about the anti-Semitic content of some of his remarks.
Two weeks before it had seemed that the Foreign Ministry had finally seen the light: that if you are attacked you have to counter-attack instead of just denying accusations or defending yourself. Then the EU Foreign Policy Chief, Catherine Ashton, expressed concern at the conviction in an Israeli military court of a Palestinian protester Abdallah Abu Rahma. The accused had incited protesters to attack IDF soldiers at the Bilin separation fence.
The Israeli Foreign Ministry, as is usual, protested such EU statements. However, the Ministry’s spokesman, Yigal Palmor, responded that interfering with the transparent legal procedure of a democratic country is not consistent with promoting European values. Furthermore, an unnamed government official went further still, saying that Ashton’s statement was ridiculous. She found the time to criticize Israel but did not say anything about the release by a Scottish court of the Lockerbie bomber, Abdel Baset al-Megrahi, who was responsible for the bomb that killed 270 passengers. The official also mentioned the current expulsion of hundreds of gypsies from France, to which Ashton had not given any attention.
One would have hoped that this was the beginning of a systematic policy of the Israeli government and its allies to start exposing persistent double standards, the dominant type of Western discrimination against Israel. All Western countries – and certainly the non-Western dictatorships – can be continuously criticized for the many things they do wrong on a daily basis. If one criticizes Israel only – either rightly, or in many cases wrongly – while remaining silent about events far worse elsewhere, one has developed an effective discrimination system. The only way to confront this is to strongly expose those people who use this practice, of which Ashton is a typical and frequent example.
There are many more diverse examples of double standards. For instance British Deputy Prime Minister Nick Clegg said “I admire Israel but will not stop criticizing its government.” He should immediately be asked whether he admires Turkey but will not stop criticizing the Turkish government. For Clegg this is a no-win situation. If he says that he will not criticize Erdogan then he is identified as a supporter of this anti-Semitic hate monger and Holocaust inverter, who said that the world perceives swastikas and Stars of David as having become one and the same. If Clegg says that he admires Turkey but will not stop criticizing the Turkish government, he will get into trouble with Turkey. And when did Clegg last say something about the chopping off of hands of thieves in Arab countries?
More than five years ago the EU recognized that double standards are part of the new anti-Semitism against Israel. Its own definition of anti-Semitism includes the application of double standards, by requiring behavior of Israel that is not expected of any other democratic country. Such standards are, however, exactly those which for instance Ashton applied.
Last year I spoke at a conference held in Europe where the speaker before me was the resident Israeli Ambassador. He said that when he served at a United Nations body he had cultivated good private contacts with the Ambassadors from Arab countries, but in public they demonized Israel. He was proud that he had never responded in kind. I did not want to publicly criticize the ambassador, however people like him greatly damage Israel’s interests. The Arab ambassadors know that they risk nothing when they demonize Israel because the Israeli ambassador will not retaliate by exposing the multiple criminal acts of their governments and the cruelty of their country’s legal systems.
Changing the attitude in the Israeli diplomatic and hasbara approach is crucial. One should expose the attackers. Otherwise one will have to defend oneself endlessly against attacks both true and false, whereas the ugly attackers will get off scot free because nobody exposes the far greater misbehavior in their countries.
Manfred Gerstenfeld has published 18 books, several of which deal with European anti-Semitism