Skip to content
Home
/
2010
/
August
/
31
/
Islamic terrorism
/
TERRORIST DRY RUN FROM CHICAGO TO AMSTERDAM THWARTED…….
Facebook
Twitter
Google+
LinkedIn
Pinterest
This happened last night. The ROP tries once again to test the security system of the airlines and get nabbed in the process. These two were taken into custody in Amsterdam, with Al-Soofi placing his luggage on a jet bound for Washington’s Dulles airport, that should have never been allowed to pass inspection in Alabama. No doubt, some intelligence was gained by the terrorists, knowing that there are indeed some gaping holes in the system. All it takes is one careless worker, and there you have it.  KGS 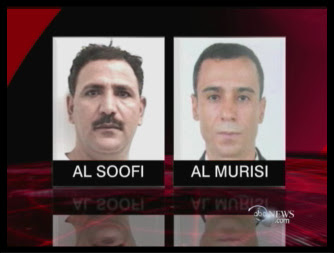 ABC News Exclusive: Two Men on United Flight from Chicago Arrested on ‘Preparation of a Terrorist Attack’ in Amsterdam

Two men taken off a Chicago-to-Amsterdam United Airlines flight in the Netherlands have been charged by Dutch police with “preparation of a terrorist attack,” U.S. law enforcement officials tell ABC News.
U.S. officials said the two appeared to be travelling with what were termed “mock bombs” in their luggage. “This was almost certainly a dry run, a test,” said one senior law enforcement official.
A spokesman for the Dutch public prosecutor, Ernst Koelman, confirmed the two men were arrested this morning and said “the investigation is ongoing.” He said the arrests were made “at the request of American authorities.”
The two were allowed to board the flight at O’Hare airport last night despite security concerns surrounding one of them, the officials said.
The men were identified as Ahmed Mohamed Nasser al Soofi, of Detroit, MI, and Hezem al Murisi, the officials said. A neighbor of al Soofi told ABC News he is from Yemen.
Airport security screeners in Birmingham, Alabama first stopped al Soofi and referred him to additional screening because of what officials said was his “bulky clothing.”
In addition, officials said, al Soofi was found to be carrying $7,000 in cash and a check of his luggage found a cell phone taped to a Pepto-Bismol bottle, three cell phones taped together, several watches taped together, a box cutter and three large knives.
Officials said there was no indication of explosives and he and his luggage were cleared for the flight from Birmingham to Chicago O’Hare.
More here.