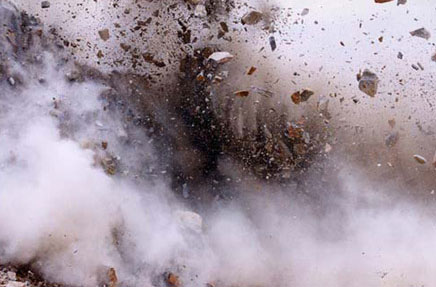 In the jihad, Ramadan nor mosques gets a rest. KGS

Wana, 23 August (AKI) – A blast inside a mosque in Pakistan’s South Waziristan tribal region on the Afghan border killed at least 18 people on Monday and injured 20, intelligence officials said.

“Apparently it was a suicide attack and Maulana Noor Mohammad was the target,” said an intelligence official in Wana, referring to a former MP and pro-government official.

The mosque was badly damaged in the blast, where local residents were busy trying to recover people from the rubble, according to reports.

Noor was greeting members of the congregation in the town of Wana after prayers when the bomber struck, according to officials.

Though Wana does not fall into the part of South Waziristan where the Pakistan army has recently been conducting operations against militants, Western officials say it serves as a safe haven for the Taliban and Al-Qaeda.